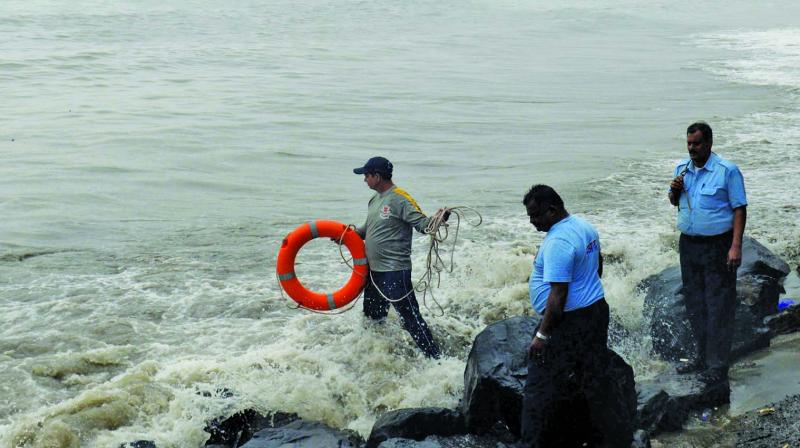 Mumbai: The city was lashed with gusty winds and incessant rains due to the fallout of Ockhi cyclone on Tuesday. The cylone moved towards the north-northeast direction and did not have major impact on the city life as there was no heavy waterlogging and traffic disruption. While there was no delay in flights operation till 2pm on December 5, flights services like Jet Airways and Indigo Airlines tweeted about the delay of 45 minutes to 1 hour due to bad weather. “There were no delay in flights from the Mumbai airport during the day, but some of the flight services to Mumbai got delayed,” said an official from Mumbai Airport. Schools in Mumbai and neighbouring districts remained closed as a precaution. With a majority of people deciding to stay indoors, there was less traffic on roads. The roads and rail traffic also ran smoothly. There were reports of hailstorm in parts of the Mumbai-Pune Expressway.

The Santacruz and Colaba observatories recorded 28 and 54 mm of rainfall on Tuesday. According to the civic data, the average rainfall from 6 am to 6 pm was 23 mm in city, 13 mm in eastern suburbs and 19 mm in western suburbs. 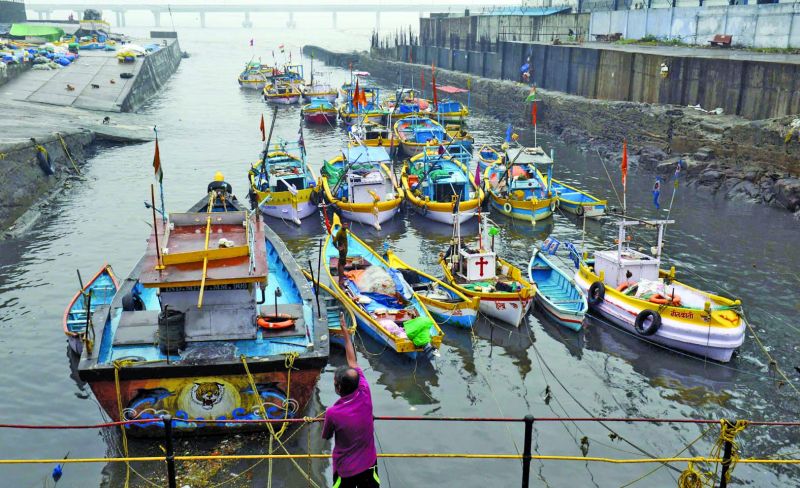 The Indian Meteorological Department said the cyclone, which has lost much of its intensity, would continue till Tuesday midnight and then head over Gulf of Kambhat near Surat, as a depression. “It is very likely to continue to move north-northwestwards, weaken gradually and cross south Gujarat and adjoining Maharashtra coasts near Surat as a deep depression by December 5 night,” it said.

The weather department has also forecast intermittent rains in Mumbai and suburbs in the next 24 hours. “A few spells of rain or thundershowers are likely to occur in the city and suburbs in next 48 hours,” the IMD said.

The BMC's disaster management unit was constantly updating the online Twitter users by giving timely updates and asking Mumbaikars to keep calm and not panic. Two months ago, during the flood-like situation on September 29, rumours unnecessarily led to panic. One of the tweets posted by the DMU's Twitter handle read 'Please don't create panic. MCGM along with other stakeholders have taken all necessary precautions', while another one read, 'No impact on Mumbai City and Suburb. All Roads & Rails traffic is running smoothly; please don't create panic'.