The delegation apprised the governor of the ground reality after the unseasonal rainfall and demanded a hike in compensation. 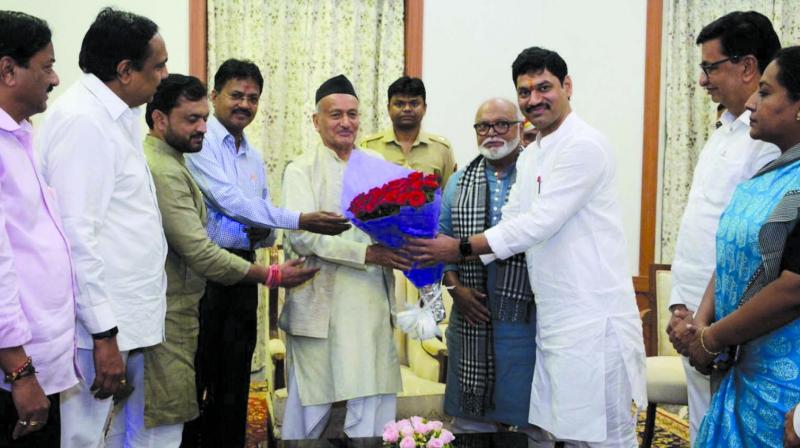 The delegation apprised the governor of the ground reality after the unseasonal rainfall and demanded a hike in compensation.

The Opposition delegation also urged the governor to intervene into the matter as farmers were committing suicide.

Speaking to the media after meeting the governor, Mr Pawar said that crops on 1.5 crore-acre land have been damaged across five regions — Marathwada, Vidarbha, North Maharashtra, Western Maharashtra and Konkan.

The Nationalist Congress Party (NCP) leader said that the Rs 10,000 crore package announced by the outgoing government was very less if the crop damages were taken into consideration.

“Grapes, pomegranates and oranges have been destroyed owing to the unseasonal rains. The farmers must get a compensation up to `2 lakh per hectare. Crops like Soybean, cotton, maize and pulses have also been hit hard. The government should give financial aid worth `50 thousand per hectare to farmers cultivating these crops”, he added.