Major fire breaks out at factory in Ambernath

The evening trains were also delayed which created a problem for commuters travelling back home from office. 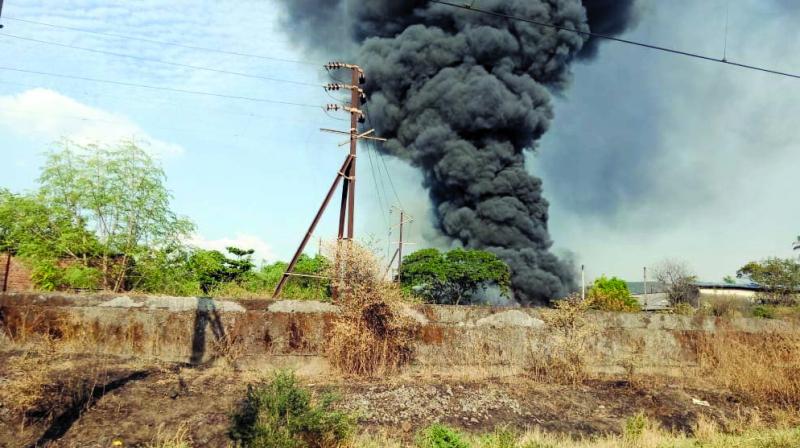 Fire at chemical factory in Ambernath.

Mumbai: A major fire broke out at a chemical factory in Ambernath injuring four people on Monday afternoon. It led to heavy smoke at the Central Railway (CR), due to which, the services beyond Ambernath station were stopped between 3.53 pm and 4.20 pm.

Around five local services were affected, as the tracks are just 100 metres away from the incident site, said a CR official. One local train and one outstation train got stuck for a while. The evening trains were also delayed which created a problem for commuters travelling back home from office.

A fire brigade duty officer from Ambernath MIDC said, the fire erupted at around 2 pm and it has been doused off. However, the fire engines have been kept as stand by for monitoring purpose. The fire official said that the fire engines and tankers were called from Kalyan, Ulhasnagar and Badlapur.

Minakshi, a resident of Ambernath, said that there was no announcement regarding the train being stopped beyond Ambernath.

The CR officials said that the smog was so thick that the tracks were not clearly visible; hence the decision was taken. The CR chief spokesperson Sunil Udasi informed that the Down line between Ambernath and Badlapur was shut between 3:53 pm and 4:20 pm as a precautionary measure due to the thick fumes emanating from the fire.