As the Central Railway services were late on Monday morning, all the stations were jam-packed with commuters. 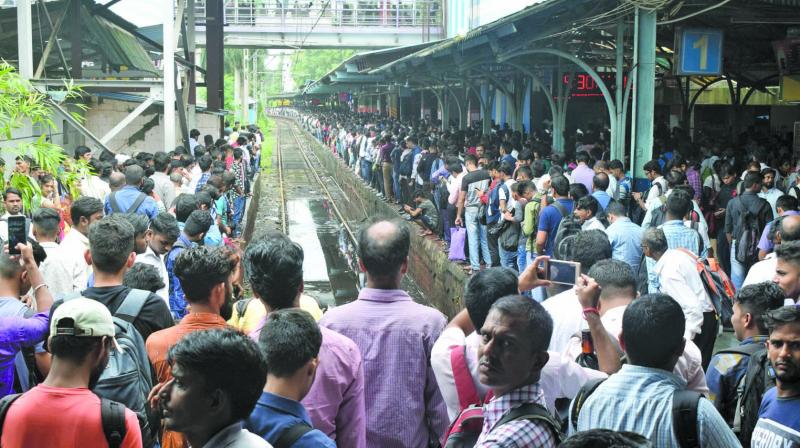 Mumbai: The Central Railway (CR) on Monday restored its suburban rail services, except those on the Ambernath-Karjat section, whose tracks had been badly affected due to heavy flooding in Neral and Shelu.

“All tracks on the Ambernath-Karjat stretch are expected to be repaired on Monday night while the rest of the CR routes are operational,” said Central Railway spokesperson A.K. Jain.

While Western Railway (WR) services were running on schedule on Monday, services on the CR’s Chhatrapati Shivaji Maharaj Terminus (CSMT)-Badlapur and Titwala-Kasara routes resumed late on Monday morning and the Railways ran six shuttle services on Karjat-Panvel line (both Up and Down) as an alternative for commuters travelling to Mumbai.

Piyusha Shete, a commuter, said, “In the morning the CR trains were running late by 50 minutes to an hour. I witnessed an extreme rush on the platform due to this.”

Maximum waterlogging was reported at the Sion-Kurla stretch. A flood-like situation also prevailed in some areas in Nashik and Pune districts on Sunday.