Three teens drown after two try to save pal at Chowpatty

According to the people who were present at Chowpatty when the accident took place, there was no lifeguard posted at the beach. 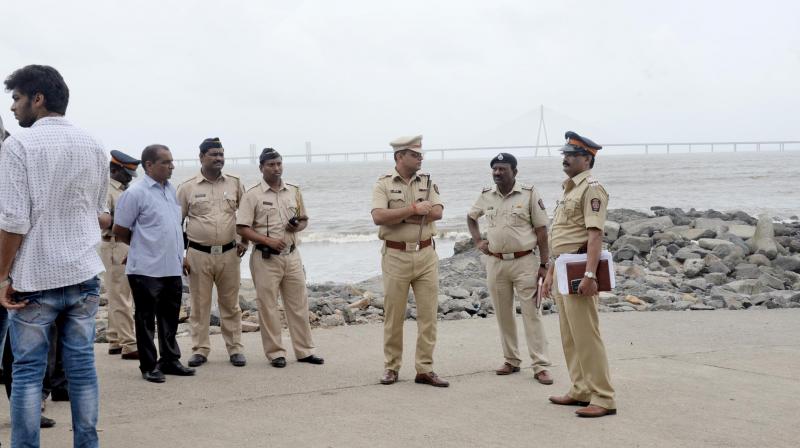 Mumbai: Two teenage boys drowned in the sea near Dadar Chowpatty on Saturday noon after they jumped into the sea to save a friend from drowning. But they were unable to save their friend and suffered the same fate themselves. However, a fourth friend, who also jumped into the water, was saved by the fishermen in the area. One of them saw the children drowning and informed the rescue team. He even made an attempt to save them but was unsuccessful. A fire engine, an ambulance and a rescue boat team were also pressed into the rescue operation.

The three deceased boys have been identified as Bharat Hanumant (13), and brothers, Rohitkumar Yadav (15) and Anupkumar Yadav (16). All three were students of Unal Mill High School.

According to the people who were present at Chowpatty when the accident took place, there was no lifeguard posted at the beach, a fact that could have made a difference to the outcome of the incident.

However, BMC officials said, “The Dadar Chowpatty sea-shore is declared dangerous because it is very rocky, hence there were are no coast guards.”

The Mahim police has registered an Accidental Death Report (ADR). A police officer said, “The children didn’t inform anybody at home about their plans and went to Dadar Chowpatty. They were playing kabbadi when one of them, Bharat, went into the water to wash his legs. He did not realise that he had waded in too deep and started struggling in the water. The two other boys rushed in to help him but suffered the same fate. The fourth friend, who also jumped into the water, was lucky to be rescued by the fishermen around.”

Jaiprakash Yadav, father of deceased Anupkumar said, “The children lied to us and came to Chowpatty. We were absolutely unaware. There was a rickshaw, which used to pick and drop them from home to school, but they managed to evade it and came to the beach instead. Children don’t understand, what their parents have to go through because of them.”

Rajesh Patnakar, a fisherman who was netting crabs at the shore, tried to warn the children but they had headed too far into the sea and were unable to hear him. “The children were playing on the beach and after some time I saw three of them running into the sea. I shouted several times but realised that they were trying to save another child, who had vanished. I immediately called the other fishermen and we waded into the water but could save only one of them.”

Senior PI at Mahim police station, Milind Itekar said, “Bharat was sent to Bhabha hospital where he declared dead by the CMO, Dr Virendra, while the other two were declared dead at the KEM hospital.  The bodies were sent for post-mortem to the Sion hospital. One fire engine, one ambulance and one rescue boat team crew were on the spot. We took the other children playing on the beach to the police station and called their parents to come and pick them up as they were traumatised by the incident.”