A NGO Wildlife Welfare Association (WWA) recei-ved a distress call about the grievously injured python on the road. 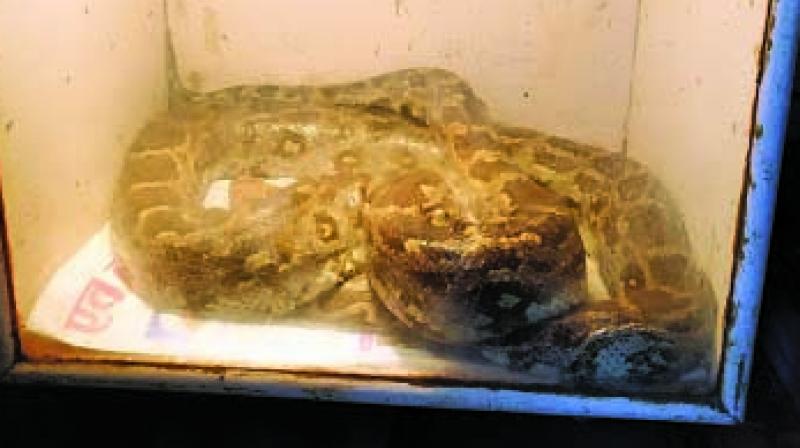 MUMBAI: A nine-foot-long Indian rock python rescued from Yeoor village in Thane is battling for life owing to multiple injuries. Acco-rding to veterinarians, the condition of the python — which was assaulted with sticks and stones — is serious.

A NGO Wildlife Welfare Association (WWA) recei-ved a distress call about the grievously injured python  on the road.

Aditya Patil, president, WWA, told The Asian Age, “The condition of the python is serious. It is in such a grave condition due to the assault by people with bamboo sticks and sharp stones. It was taken to a vet who said it had severe wounds and multiple injuries.”

Dr Kiran Shelar, a veterinarian treating the python said, “The condition of the python is very critical; it is breathing slowly, its jaw is dislocated and it has sustained injuries on its head. It was bleeding profusely when brought.”

“I fear the snake has a brain injury and in that case, it will be difficult for it to survive. The wounds suggest that it was hit with a stick or stone, as its lower jaw is broken. Also, its head is swollen. Its right eye is also red and swollen. It has a wound on the neck and near its spine and heart.”