The city zoo in Byculla, Veermata Jijabai Udyan, is being revamped by the BMC in four phases. 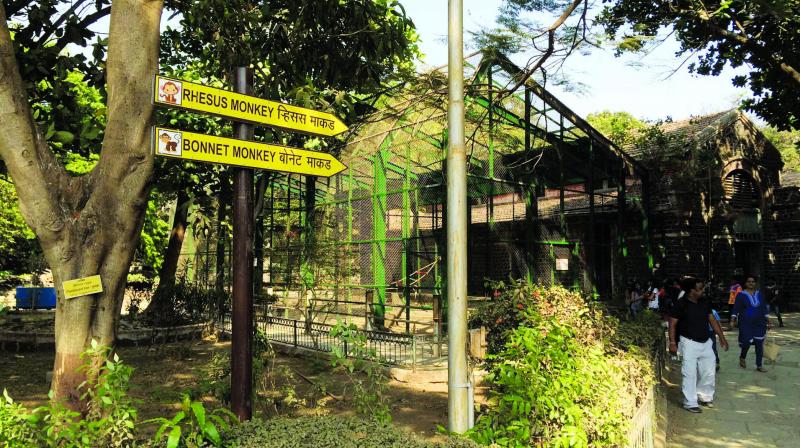 The government handed 120 acres of land in the area — the city's green lungs — for the project, which has been in the pipeline since 2009. The project’s total cost is an estimated `500 crore and it will come up in four to five years, an official said.

Mumbai: The state government on Monday signed a memorandum of understanding (MoU) with Brihanmumbai Municipal Corporation (BMC) to set up an international-standard zoo at Aarey Milk Colony in Goregaon.

The government handed 120 acres of land in the area — the city’s green lungs — for the project, which has been in the pipeline since 2009. The project’s total cost is an estimated `500 crore and it will come up in four to five years, an official said.

A Central Zoo Authority (CZA) team, which had inspected the proposed site in 2014, recently gave its clearance. The plan, which is phase 5 of the city zoo’s ongoing revamp, was revived after the new municipal commissioner Praveen Pardeshi — who worked as a forest secretary in the past — took charge.

The MoU was signed on the occasion of World Environment Day, with the Assembly elections looming close, and Shiv Sena chief Uddhav Thackeray, forest minister Sudhir Mungantiwar, mayor Vishwanath Mahadeshwar and Mr Pardeshi were present at the event.

Mr Thackeray said, “We had mentioned in our 2014 election manifesto that we would build a world-class Singapore-like zoo in Mumbai and we are keeping our promise. The zoo will have night safari and house many species.”

Mr Mungantiwar said rare species would be housed and bred at the zoo.

The city zoo in Byculla, Veermata Jijabai Udyan, is being revamped by the BMC in four phases. Phase one included setting up penguin enclosures and landscaping and phase two included installing 17 native animals enclosures.

The Brihanmumbai Municipal Corporation has got final approvals for phase three, which includes building 17 exotic animals enclosures, while phase four is being thought out. So far, the civic body has inaugurated the penguin enclosures, selfie points, a 3D theatre and five animals enclosures.

The BMC will soon appoint a project management consultant and prepare a comprehensive master plan for the zoo, which will be executed from its own resources. However, the net revenues shall be shared by the civic body and the forest department.

Dr Sanjay Tripathi, director of Byculla zoo said, “The zoo in Aarey will be built, operated and maintained by the BMC. It is the extended phase of the city zoo revamp. The exact cost of project, animal species to be brought in and other plans are still being worked out.”

NGO to continue its protest against zoo project at Aarey

Although the state government and the BMC have promised a world-class zoo at Aarey, the NGO Vanashakti has already taken legal action against what it terms “destruction of Aarey in the name of education”. The case is now in the Supreme Court (SC) but there is no stay on the project. The next hearing is expected in July.

Stalin D. from Vanashakti said, “We have challenged the allotment of land for the zoo. Since the last one-and-a-half years, the government has not appointed Judges to the National Green Tribunal, Pune, due to which we are forced to approach the apex court to save our forest. This government is totally anti-environment and a hallmark of hypocrites.”

Vanashakti was also the petitioner in the case against removal of 2,700 trees to accommodate the metro 3 car shed at Aarey. Aarey is the city’s biggest green lung.

However, the SC in April this year dismissed the environmentalists’ petition for an alternative site for the car shed saying that the state government’s technical committee had already studied the alternative sites only to find them unfeasible.

Mr Stalin in his social media post Wednesday criticised the government saying, “On World Environment Day, the government of hypocrites is backed by 364 days of destruction of Nature. Wonder why these guys ‘preach’ when they are in a position to ‘act decisively’.”