Sanghvi has sought more time to appear before AEC. 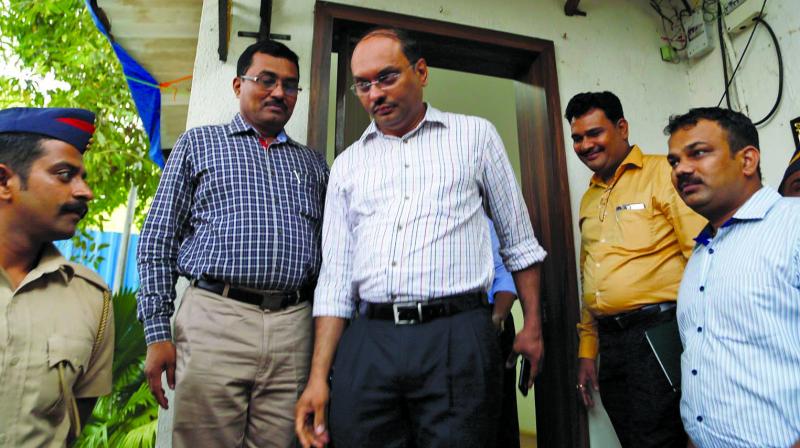 Mumbai: The Thane Crime Branch on Tuesday conducted a joint-interrogation of arrested bookie Sonu Jalan and Sameer Buddha, the brother of a former police officer, in connection with its probe in the cricket betting case. Buddha was summoned to the Thane Anti-Extortion cell (AEC) after Jalan was apprehended in the Honda City that was registered in the former’s name.  Meanwhile Bollywood producer Parag Sanghvi has sought more time to appear before the AEC.

“During the interrogation duo revealed about the ownership of vehicle and the business of auto spare parts which they were running together. Buddha claimed to have left the partnership after taking his share,” said Pradeep Sharma, senior inspector, Thane AEC.

Jalan also named a movie director who allegedly placed bets on cricket matches through him seven years ago. The accused director however did not bet on the matches currently under questioning. The police said they have not found links of the film director with the current case as of now.

Meanwhile Buddha told the officials that Jalan was not interested in the business and hence he decided to leave.

During the course of the business Buddha had taken loan of `9 lakh and bought the Honda City car that Jalan was using currently.  He repaid the vehicle loan and later sold the car to Jalan who used to pay him `33,000 monthly. The documents were never transferred on his name yet, Buddha claimed.

A team of Central Bureau of Investigation (CBI) meanwhile questioned Jalan on Tuesday in connection with a cricket betting case registered with them in 2013. The officials said that they are now awaiting questioning Bollywood producer Sanghvi, whose association with Jalan is alleged to be murkier.

Sanghvi produced several films in the past few years which were allegedly funded by Jalan. The officials will confront Jalan and Sanghvi face to face to ascertain the source of funds to find if the money was generated from cricket betting.

Jalan’s custody will end on Wednesday and the police is likely to seek extension to question him and Sanghvi together.