Depression linked to TB at root of suicidal behaviour

TB is spread through the air. A single patient can infect 10 or more people in a year. 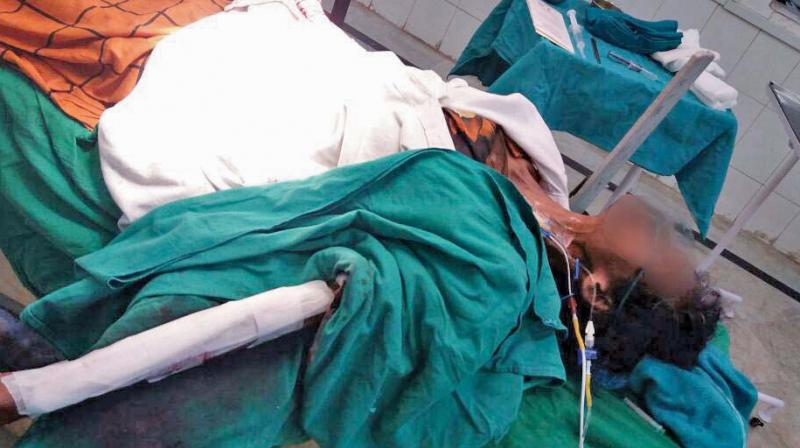 Mumbai: It isn’t tuberculosis (TB) but depression caused by the disease that has led to an increase in suicidal tendencies among patients admitted to civic-run Sewri Tuberculosis Hospital, said health officials. The total number of patients admitted to the hospital with TB is 550. Every day, an average six people succumb to the disease, taking the toll per year to 2,190.

Last week, a 40-year-old woman tried to commit suicide by cutting her left wrist with a broken spoon she had managed to sharpen. However, she was stopped in the nick of time by nurses and doctors who caught her in the act and later counselled. The woman eventually succumbed to extensively resistant (XDR) TB which she had been diagnosed with. Hospital sources said that a majority of such patients deliberately stop eating as they no longer want to live.

Dr Lalit Anande, chief medical officer, Sewri TB Hospital, told The Asian Age, “The lady who died of XDR TB - which means that a majority of drugs had stopped working on her – was going through severe depression. Patients undergoing TB treatment already have a lot of tensions and need a proper counsellor and a person who can speak to them. There are psychiatrists who are doing their work. Given the dearth of doctors, it is not possible for doctors to stop by and talk to each and every patient.”

Sewri TB Hospital, Asia’s first 1,000-bed TB hospital, witnessed three suicides and an equal number of suicide attempts last year; four suicides in 2013; and five in 2012. According to doctors, prolonged treatment coupled with societal rejection and stigma often drives patients to depression. Further, the cycloserine and rifampicin drugs sometimes used to treat TB are known to have side effects including nausea and depression. There has been an increase in the number of patients with multiple drug resistant (MDR) TB.