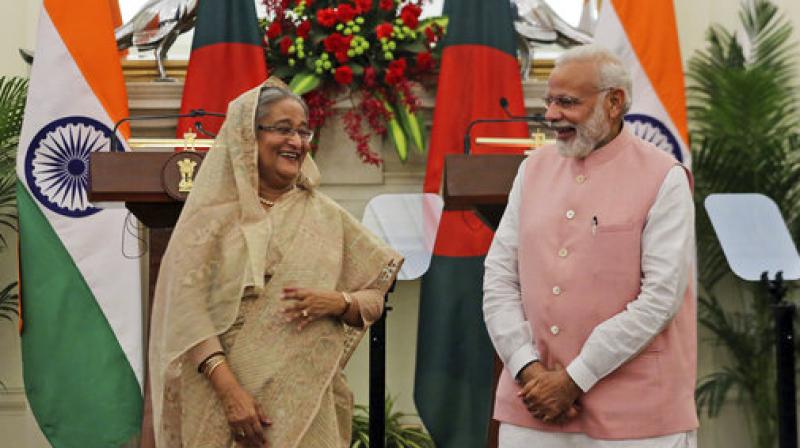 West Bengal chief minister Mamata Banerjee will also be invited to the programme, Ms Sen said. Mr Modi will also attend the convocation ceremony of  Visva-Bharati University. It would be his maiden visit to the varsity after becoming its ‘acharya’ or chancellor.

As per the rules of the university, a prime minister is its chancellor and the president of the country its ‘paridarshaka’ (visitor), who appoints the vice-chancellor.

“We received the confirmation from the respective offices of both the countries today. The prime minister will give away degrees to students during the convocation of Visva-Bharati University, while he along with Hasina will be present during the inauguration of Bangladesh Bhawan,” Ms Sen said.

Bangladesh Bhawan will house a library of books published in that country and a museum which will showcase its fight for freedom from the erstwhile West Pakistan.

Gurudev Rabindranath Tagore, whose family were ‘zamindars’ (land owners) of Silaidaha (now in Bangladesh), had started the Visva-Bharati University in 1921 with the proceeds of the Nobel Prize he had received in 1913.

It was granted full university status in May, 1951 by the Government of India. Tagore’s eldest son, Rathindranath Tagore, was its first ‘upacharya’ (vice chancellor).