Missing link project: Village near Pune to get a 1.6-km road

The missing link will start near the Khopoli exit and go up to Sinhgad Institute at Kusgaon, Pune district. 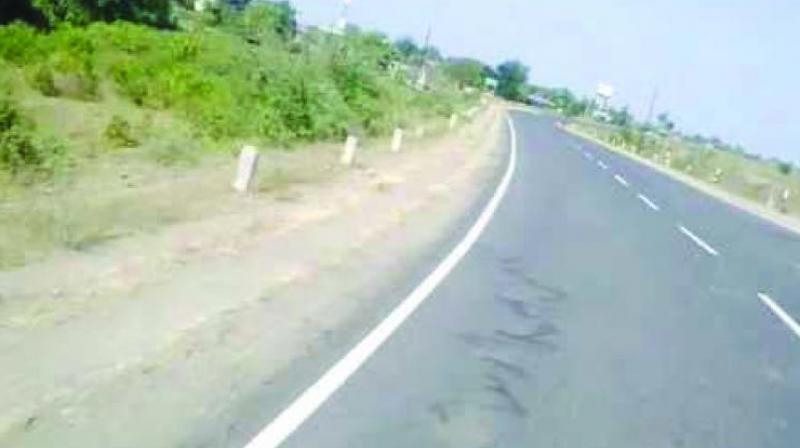 The total length of the Missing Link is 13.3 km, and the project cost is pegged at Rs 4,800 crore. (Representational image)

Mumbai: The Maharashtra State Road Development Corporation (MSRDC) will be constructing 1.6 km long new road at Chavani village near Pune area to access a site, from where the tunnel and viaduct construction for the missing link project begins.

The missing link which will start near the Khopoli exit and go up to Sinhgad Institute at Kusgaon, Pune district, consists of two tunnels and two bridges. The link will run parallel to the Mumbai-Pune expressway and will cut the travel time by 30 minutes.

“There is vertical cliff at the Chavani village, due to which the area where the viaduct and tunnel construction for bridge is proposed, is inaccessible. Thus, we are planning to construct a new road of 1.6 km long to access the site. Also, one internal road from the village will be widened so as to facilitate easy movement of equipments and vehicles meant for construction,” said a senior MSRDC official.

The contract for the project has not been awarded yet, however officials cited that letter of acceptance will be given soon.

“By May 14 we will be able to finalise the contractor, a month after awarding the contract, the work will begin,” added the official.

The tunnel will be 22 meters wide, with four lanes each side, running in opposite direction. The Asian Age had reported in its April 6, 2018 edition, that the twin tunnels will be constructed using the ‘controlled blasting’ method for the excavation work.

“Probably six tunnel boring machines' will be used for the tunnelling work,” said the official.  Meanwhile, a tunnel will also pass beneath the Lonavala lake which will be 150 meters beneath the lake.