Victim was rushed to Rajawadi Hospital. 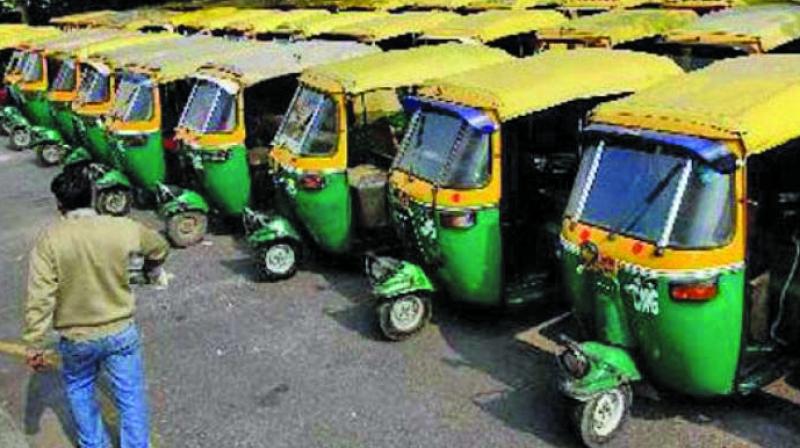 Mumbai: In an incident of a commuter being robbed at the notorious Lokmanya Tilak Terminus (LTT) station, a group of auto rickshaw drivers assaulted a man late on Friday night. The man was allegedly robbed of his valuables late after he had a fight with one of the drivers.. The victim was rushed to Rajawadi Hospital for treatment.

The person assaulted was identified as Sanjaykumar Dubey, 46, a ticket vendor. The Tilak Nagar police said that he was beaten and robbed by a group of four rickshaw drivers near LTT after he refused to pay up for their liquor.

"The notorious drivers saw him coming out from the LTT while they were drinking. The accused asked him to give some money to them so that they could buy alcohol, however, he refused. He was assaulted by them soon after," said an officer of Tilak Nagar police station.

The incident took place at around 9.30pm, when the four were drinking alcohol. They knew that Dubey is a ticket agent who returned from outstation and would be carrying cash .

The victim complained to the police that the accused assaulted him, snatched Rs 18,000 along with his gold chain while under the influence of alcohol.

An injured Dubey went to nearest government hospital for seeking treatment and later approached the police. The officials said that they would also increase police presence outside the terminal.

A case has been registered under section 394 (causing hurt while committing robbery) of the Indian Penal Code (IPC). The accused have been remanded to police custody for further investigation.