‘Dangerous’ boards on trees this monsoon

The decision comes on the back of four deaths due to tree collapse last monsoon. 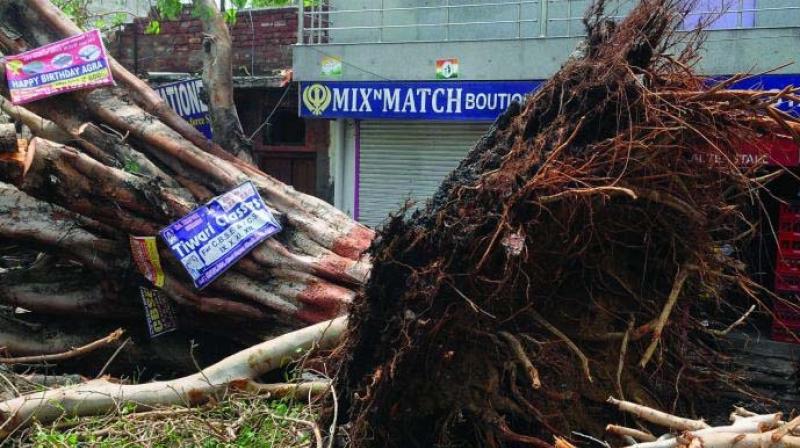 The boards will be there to prevent deaths due to tree collapses.

Mumbai: This monsoon, be prepared to be warned against standing under trees marked ‘dangerous’ by the Brihanmumbai Municipal Corporation (BMC).

The civic body will put up precautionary boards on roadside trees which are in a dangerous condition with a view to preventing death due to tree collapse.

A senior civic official said, “The BMC has already conducted a survey of trees alongside roads. However, civic chief Ajoy Mehta has directed that these trees be inspected again. Precautionary boards will be put up on trees in private premises which have tilted dangerously.

The boards will carry the message, ‘The tree is in a dangerous state and nobody should wait under it’.”

The decision comes on the back of four deaths due to tree collapse last monsoon. Two of the four mishaps occurred in Chembur, one in Borivali, and one in Colaba. Only last month, one death was reported in Dadar owing to tree collapse.

According to civic offcials, the responsibility of taking care of trees which are on private, government and semi-government premises, lies with the concerned owners.

Due to the possibility of human and monetary loss, the BMC has already asked these owners to prune the trees by taking prior permission. Chembur resident Alpesh Mhatre stressed on the need to prune trees before the rains. “ The BMC should ensure that the work is carried out properly to prevent any further mishaps,” he said.