They said that fluctuating temperature and decrease in immunity could be the reasons for the spurt in swine flu cases. 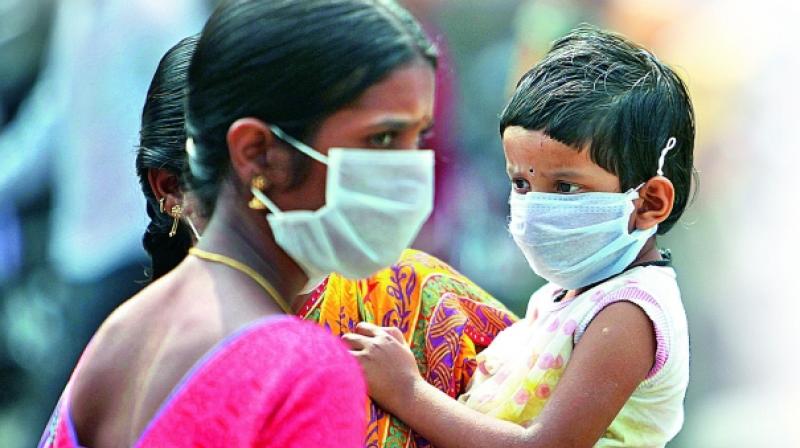 As a precautionary measure, instructions have been given to all state and civic-run hospitals.

Mumbai: There has been a spurt in recorded deaths caused by swine flu (H1N1) in the first three months of this year in Maharashtra. The viral infection claimed 85 lives in the first three months of 2017 while there were only 25 deaths in the corresponding period of 2016. According to health minister, Dr Deepak Sawant, “There is a rise in swine flu but we are treating it. There has been no change in the virus and we are still continuing with tablets of Oseltamivir.”

Of the 7 lakh patients screened for swine flu till date, 887 positive cases have been recorded and 11,940 persons were treated and discharged with another 18 people on ventilator, said health officials in the state. They said that fluctuating temperature and decrease in immunity could be the reasons for the spurt in swine flu cases. As a precautionary measure, instructions have been given to all state and civic-run hospitals.

Dr Sawant told The Asian Age, “We have been undertaking stronger screening for all cases reported to us and surveillance for all viral infections. We have started with vaccinating high-risk groups such as expecting mothers, and people suffering from diabetes and high blood pressure.”

Appealing to people, Dr Sawant said, “Please do not ignore early symptoms of swine flu such as fever, cold, cough and body ache. Avoid self medication and seek medical assistance immediately.” Civic hospital authorities have sent letters to both public and private hospitals to be watchful of H1N1 cases and report immediately if any swine flu symptoms are reported.