No redressal for man ‘falsely implicated’

After his acquittal, Mr Shetye filed a petition in the high court seeking damages for his arrest and detention. 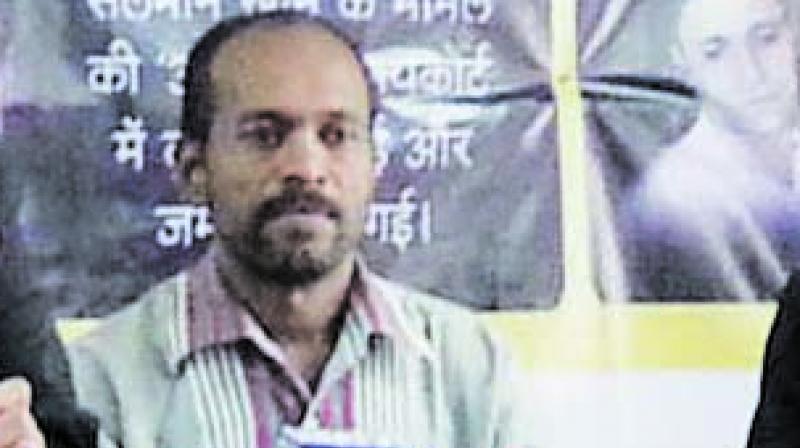 Mumbai: The Bombay high court on Friday dismissed an application filed by Gopal Shetye seeking a compensation of Rs 200 crore from the state of Maharashtra claiming that police ruined his life by implicating him in false rape case. Shetye had sought prosecution of not only investigating officer for ‘framing him in a false case’ but also of public prosecutor and the trial court judge who had convicted him (Shetye) for not applying judicial mind while appreciating the evidence against him.

The trial court had convicted Shetye for allegedly raping a woman sleeping on the bridge of Ghatkopar railway station in 2009 and had sentenced him to seven years of rigorous imprisonment. Though the high court later acquitted Mr Shetye, by this then he had already undergone his entire period of punishment.

After his acquittal, Mr Shetye filed a petition in the high court seeking damages for his arrest and detention. According to the petitioner the order of acquittal confirmed that he was innocent and was deprived of his liberty on account of the ‘false prosecution’. He claimed that during his custody he lost his father, his daughters were required to be kept in the orphanage as his wife had left him and got married to some other person. He lost his family life. He is an educated person and was earning his livelihood by honest means and due to his detention and custody he had lost his employment.

However, the division bench of Justice S.C. Dharmadhikari and Justice P.D. Naik dismissed his petition observing, “While the court must be zealous in safeguarding and protecting the fundamental rights and particularly the right to life and liberty guaranteed by Article 21 of the Constitution of India, at the same time, it cannot award compensation merely because the prosecution fails to establish the guilt of the accused.” It also said, “Every acquitted accused then, upon his release, can resort to such remedies and by relying on the orders of acquittal and their confirmation by higher court, as of right, claim compensation. That, with greatest respect, cannot be the law.”

The bench also noted that the evidence (of the trial) on record did not establish that he was falsely implicated in exercise of mala fides by the investigating agency. “The investigating officer or the other witnesses had no reason to implicate the petitioner,” said the bench in the order, dismissing Mr Shetye’s petition seeking damages.