The letter further says, “Mr Zende has violated rules of the Maharashtra Transfer Act, 2005, for personal gain of crores of rupees. 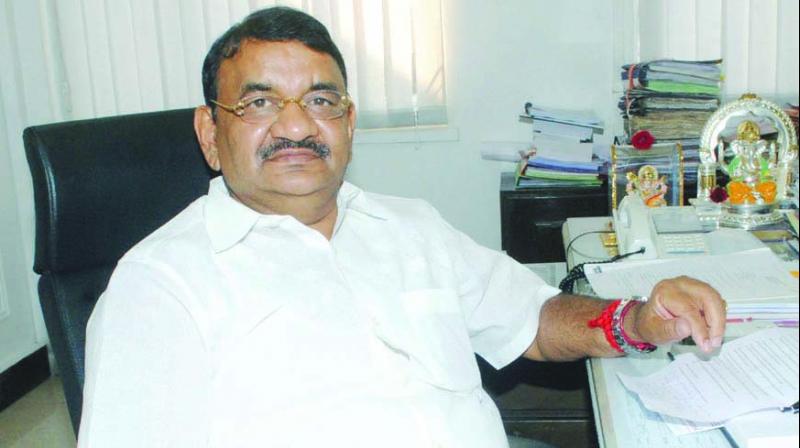 Mumbai: An individual named D. Jadhav has sent a letter to a few senior officials of Maharashtra Housing and Area Development Authority (Mhada), alleging that its former CEO, S.S. Zende, who retired a week ago, took bribes from several department engineers assuring them of promotions and transfers to lucrative postings before he handed over charge. However, when contacted by The Asian Age, Mr Zende rubbished the allegations saying they were false and levelled at him by someone who was probably discontented.

Mr Zende said, “This happens every time an officer leaves a particular office. This letter is the handiwork of some internal officer of Mhada who did not get the promotion or transfer he wished.”

Mr Jadhav’s letter reads, “Mr Zende, in keeping with his corrupt practices, has made a deal worth Rs 5 crore with select Mhada engineers. As per rules under the Maharashtra Transfer Act, 2005, general transfer and postings under Mhada are done in the last week of May.” 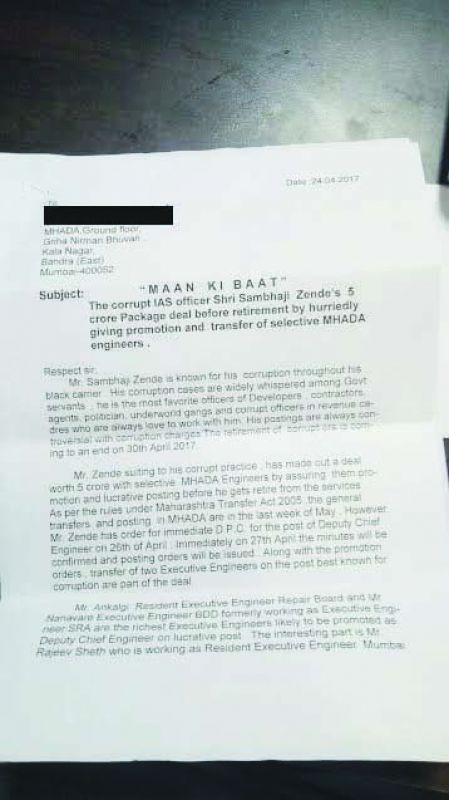 The letter further says, “Mr Zende has violated rules of the Maharashtra Transfer Act, 2005, for personal gain of crores of rupees. He is the most favourite officer of developers, contractors, agents, politicians, and corrupt officials. He has changed several transfer orders within a week’s time on financial compliance. There was no such emergency for the above mentioned promotions and transfers.”

When asked, Mhada secretary Bharat Bastewad said, “I too have received a letter from an individual named Mr Jadhav and he should come out in the open if he has any proof against anyone. He has sent the same letter to many other officers. Routine transfers and promotions that take place every year are yet to happen and it was only a few select engineers who were either promoted or transferred. One should come out in the open and then level allegations of such serious nature.”