Prices of spinach, corriander increased by 20 per cent. 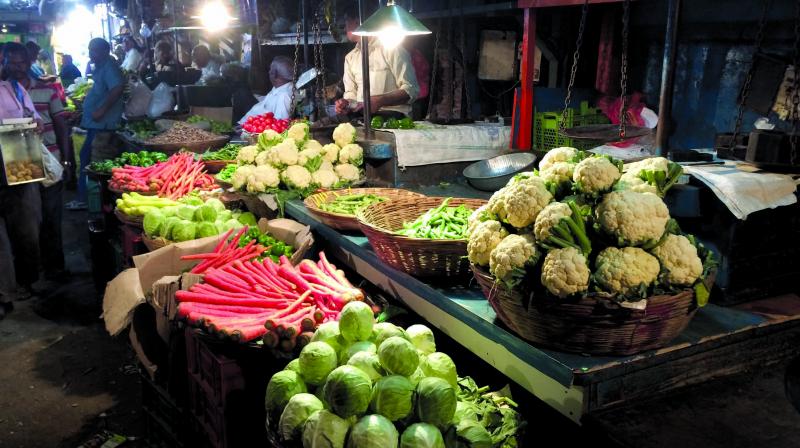 Agriculture experts have stated that the ongoing drought conditions in Maharashtra are the major reason for lowered crop production, which has now led to a hike in prices.

Mumbai: With the sizzling temperature taking a toll on various districts in Maharashtra, the prices for vegetables has seen an increase.

In Mumbai, the prices of green vegetables namely coriander and spinach among others have increased by 20 per cent while sellers said that a further increase is expected in the coming days.

Agriculture experts have stated that the ongoing drought conditions in Maharashtra are the major reason for lowered crop production, which has now led to a hike in prices.

According to the National Horticulture Board (NHB), the prices of brinjals and cabbage has increased by 7.7 per cent and 11 per cent each as compared to last year while cauliflower and okra’s prices shot up to 20 per cent and 32 per cent respectively.

“We are afraid that in the coming weeks, the prices will further increase as the supply at Agricultural Produce Market Committee (APMC) has been hit,” said Asha Ugale, a vegetable vendor at Mulund civic market.

Meanwhile, the NHB has also stated that fruit and vegetable production in Maharashtra is expected to decrease in 2018-19 crop year.

“Although the supply of mangoes in APMC is normal, other fruits’ supply are likely to get face a significant hit. The drought situation has impacted the produce of chillies, onions and tomatoes drastically. In addition to that, the regular hailstorms last year has  also affected the production of vegetables and fruits to a large extent,” said an official from the Agriculture Department of the state.

Meanwhile, the Indian Meteorological Depar-tment (IMD) had earlier stated that the monsoon over the country would be robust if the El nino conditions do not prevail.

However, the weather department later confirmed that weak El nino condition has been seen to be prevalent in the equatorial Pacific Ocean, which may result in an extremely hot summer in the first half of the season this year.