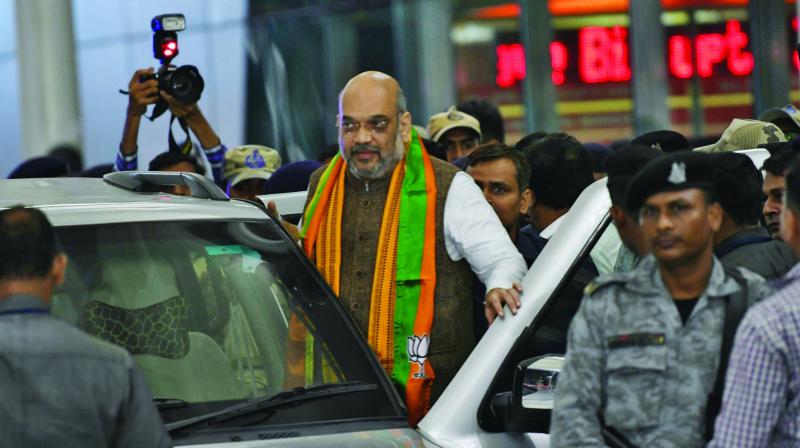 BJP workers, who took out a ‘bike rally’, escorted Mr Shah from the airport to BKC, where he would stay at the Sofitel Hotel. Mr Shah will address a rally on Friday.

Three orphaned children also welcomed Mr Shah as representative gesture as the state government had decided to institute one per cent special reservation for orphans in the state.

Mumbai BJP workers planned a long rally of 10,000 bikes from the airport to BKC.

“Our rally in BKC will break all records of political gatherings in the history of Mumbai. Maharashtra is ready to embrace the BJP once again and this rally will prove it,” said Mr Shelar.

Mr Shah had previously been in Mumbai for two days in July 2017 when he chaired organisational meetings.

The Bharatiya Janata Party was founded in Mumbai in 1980 with leaders such as Atal Bihari Vajpayee, Lal Krishna Advani and Murli Manohar Joshi present.