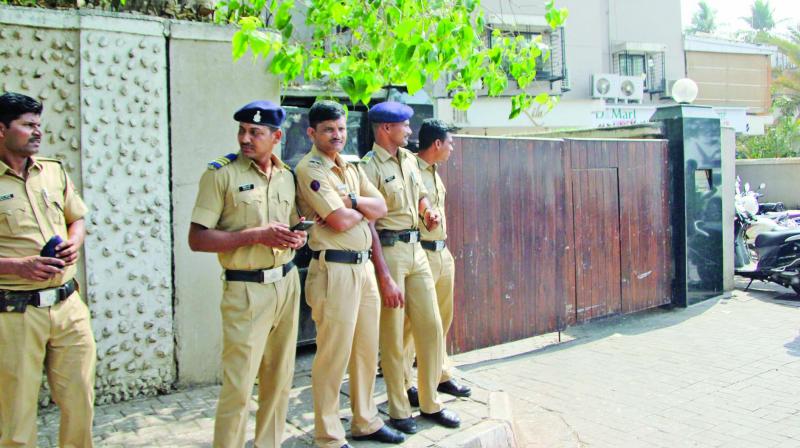 Mumbai: The Jodhpur court’s verdict on Thursday in the October 1998 blackbuck poaching case against actor Salman Khan did not seem to have made any dent in his fan following. The actor’s fans began gathering outside his Bandra residence hours before the court awarded him a five-year jail term in the case. Several fans said that ‘Bhaijaan’s charitable and humanitarian work should be taken into account and he should be “set free for the sake of humanity.”

The court convicted Salman of killing two blackbucks in Kankani village in Jodhpur during the shooting of Hum Saath Saath Hain, and handed him a five-year jail term.

The fans gathered outside Salman’s Bandra residence shouted slogans in his support along with repeated chants of ‘Bhaijaan,’ as the actor is fondly addressed by his fans. On every lip, there was a prayer for the safe return of their beloved superstar. But after the verdict was announced, most of those gathered had tears of sorrow rolling down their cheeks. To show their support for Salman, fans turned out dressed as various characters played by him in his films.

Anticipating the fans’ reaction after the verdict, the Bandra police had beefed up security outside Galaxy Apartment. Pandit Nivrutti Thackeray, senior police inspector from the Bandra police station, who was seen taking rounds every hour around the actr’s residence to keep a tab on the situation said, “Taking cues from the ruckus created last time when Salman was convicted, this time precautionary measures were taken to avoid any law and order situation.” Twelve policemen, including a senior police officer, were posted at the spot. A police van was also stationed near Bandstand, just in case the situation went out of hand.

The fans stationed outside Galaxy Apartment said that they had hoped the actor would be acquitted. One of them, who was dressed as Salman’s character Radhe from the film Tere Naam said, “We will all support Bhaijaan at all times. I believe Bhai will come back soon, and justice will be served.” Some of the fans also said that the police and the court should consider the charitable work he has done in the past.

Harish Chavla, who was standing outside Galaxy in Bandra since Thursday morning in scorching sun said, “Justice will be served. Salman Bhai will return soon.” After the verdict was delivered, another fan said, “I don’t know how to react. I am numb. I hope he stays strong. His fans will always love him.”

Salman’s friends in the industry expressed concern over the verdict with some saying the actor was punished harshly for his star-status. “I am extremely shocked,” director Subhash Ghai, who has worked with Khan in
several films, tweeted.

Anand Desai, Salman’s legal counsel, said in a statement, “We respect the decision of the court. While we are studying the judgment, it just came as a surprise, as the entire investigation, and facts of this case were the same as those for which Salman has been acquitted by the high court of Rajasthan in two cases, and even by the Hon'ble CJM in the Arms Act matter .”