32.5 per cent of state’s coastline eroding 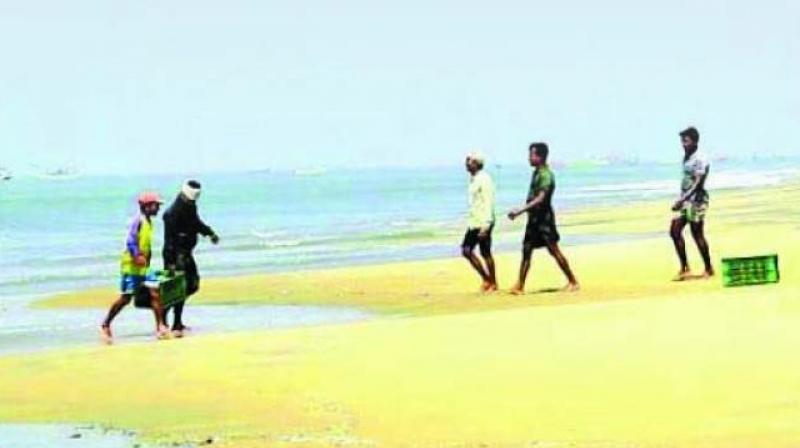 Mumbai: Coastal erosion experts have called for urgent steps along Maharashtra coast including major beaches in Mumbai to tackle erosion that could soon begin to damage infrastructure.

Most shores of Mumbai are undergoing erosion and some accretion, the shoreline change map prepared by National Centre of Sustainable Coastal Management, Chennai NCSCM, shows.

The city’s shores in the south Bombay region are under medium erosion zone, while the shoreline in Mahul harbour has been witnessing high erosion.

The map also shows that 32.5 per cent of the state’s shoreline is suffering erosion while 14 per cent show accretion.

The shoreline map by NCSCM, analyses the state of the nation’s coast, while mapping the extent of erosion and accretion between 1975 and 2010.

Although the map shows that most of the coastline in Greater Mumbai district is stable, the coastline near Bandra, Manori, Uttan and Versova are subject to ‘medium’ erosion. The coastlines of Trombay port and Panvel Creek show accretion at higher levels with medium accretion in certain parts.

“The shoreline change in the map is cumulative of last 35 years. Our study will help in identifying the critical erosion areas that may give a more scientific basis for creating shoreline management plans by states. Although erosion at such levels in Maharashtra needs strong measures to maintain the shores, it is better than in other states like West Bengal or Pondicherry where the erosion is as high as 75 per cent,” said Ramesh Ramachandran, NCSCM director. The institute is also working on high-resolution shoreline maps for the state.

The Shoreline Management Plan 2017 by the Maharashtra Maritime Board also mentions that erosion in Dadar beach, Prabhadevi and Shivaji Park may pose a high risk to infrastructure over five years. “We have taken cognizance of the coastal erosion … also not sanctioning any projects of erecting hard structures… which will also disturb the natural tidal flow,” said a senior official from the Maharashtra Coastal Management Zone Authority.Infographic