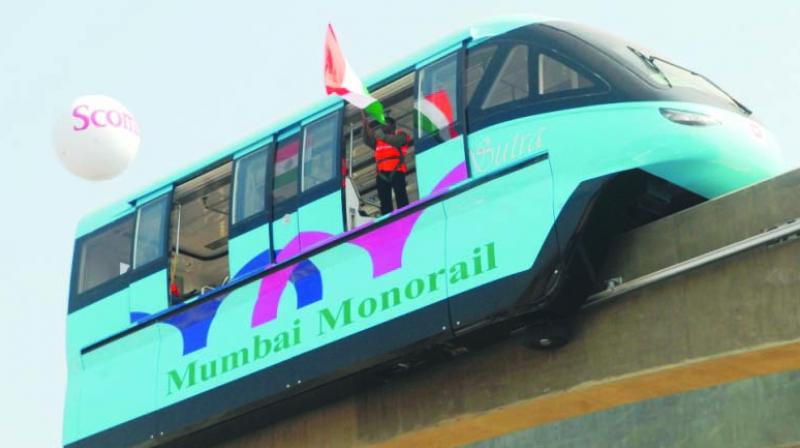 The monorail scores over local trains in terms of comfort, ticket pricing and frequency but journey duration and location of stations makes the service less attractive to commuters.

The monorail scores over local trains in terms of comfort, ticket pricing and frequency but journey duration and location of stations makes the service less attractive to commuters. After the inaugural ceremony on Sunday, monorail phase two, from Sant Gadge Maharaj Chowk to Wadala, started regular services from Monday.

“On Tuesday, the number of people who came to take a joyride was visibly smaller than the previous day. But we should not jump to conclusions in one day. As a commuter, I can say that many still don’t know that the second phase has started,” said Deepesh Kulkarni.

Dr Zeil Chitaliya said, “There is a smaller crowd on the mono. For a person like me, it is comfortable. But if we look at ticket charges, it is costlier than travelling by train.”

A trip from Chembur to Wadala by monorail takes 30 to 40 minutes, while a local train takes 15 minutes to reach the same destination from Chembur station.

A Mumbai Metropolitan Region Development Authority official said, “It is too early to conclude anything. By 5.30 pm Tuesday, we saw a smaller crowd than Monday. But we have to wait for a few more days.”

He added that like Monday, Sant Gadge Maharaj station attracted the highest footfall.