The CBI had not sought further remand of these accused, following which the court remanded them to Judicial Custody. 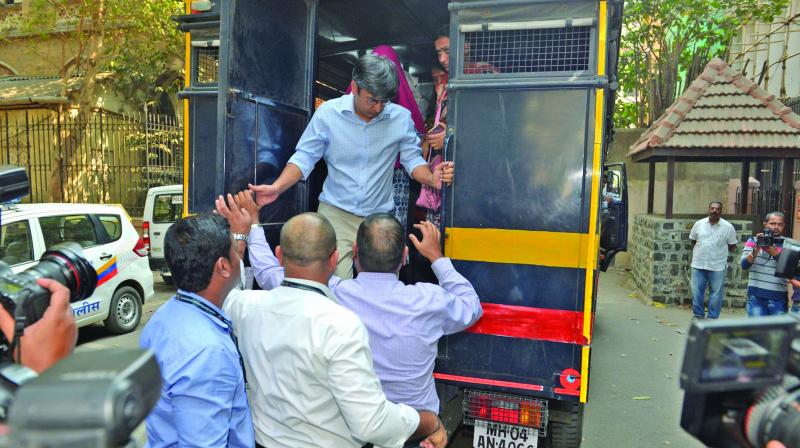 Vipul Ambani will be in custody till March 19.

Mumbai:  A special CBI court on Monday remanded the three accused in PNB fraud case to CBI custody for 13 days.

The court remanded another four accused, including Vipul Ambani, to judicial custody till March 19.

The CBI had not sought further remand of these accused, following which the court remanded them to Judicial Custody.

Those remanded to CBI custody are Manish Bosamiya, Miten Pandya and Sanjay kumar Rambhia. CBI counsel A Limosin had contended before special judge SR Tamboli that Bosamiya was the AGM (operations) with Firestar International Pvt. Ltd from 2005 to 2015 and Pandya was the finance manager in the same company from 2008 till the fraud came to light.

Advocate Limosin alleged that they played important role in preparation of applications for the fraudulent Letter of Undertakings (LoUs) submitted to PNB, which is the root cause of this scam.

According to the CBI, the accused worked on behalf of three firms of Nirav Modi  — Diamond R Us, Stellar Diamond and Solar Exports.

It is alleged by the agency that the accused were aware that there was never any official sanction for this facility i.e. LoUs, which was sanctioned by the bank, in respect of the aforesaid three firms.

The CBI has said that the accused have caused a loss of around `6500 crore to the bank and they need to interrogate these accused.

Rambhia was doing audit of the companies owned by Modi and according to the CBI, the transactions of Modi’s companies should have raised a red flag for Rambhia and he was duty-bound to check the background of the unsecured loans but he failed to do his duty and he is not cooperating in the investigation.

After hearing the arguments, the judge remanded all the three accused to CBI custody till March 17.