My arrest is illegal: Employee of Nirav Modi

Claims arrest was unlawful as a woman cannot be arrested after sunset. 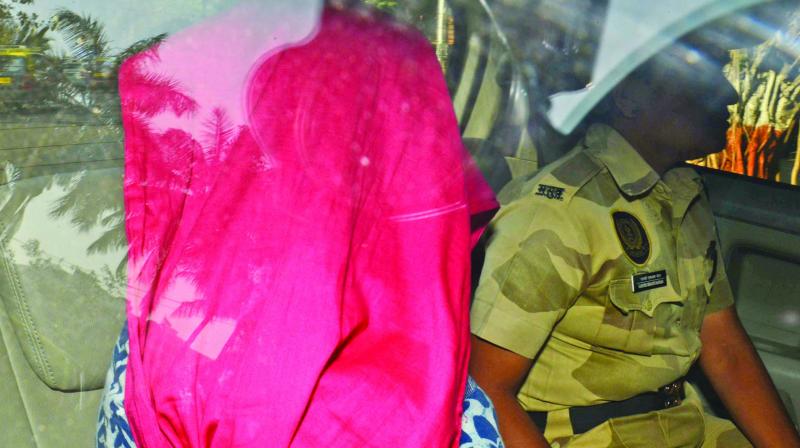 Mumbai: Kavita Mankikar, an employee of fugitive diamantaire Nirav Modi’s firm, has approached the Bombay high court alleging that the Central Bureau of Investigation (CBI) arrested her illegally in the multi-crore Punjab National Bank (PNB) scam. According to her petition, Mankikar claimed that her arrest was made on February 20, at 8 pm by officials of the CBI, in contravention of Supreme Court guidelines according to which a woman cannot be arrested after sunset.

She was arrested along with five others, including Vipul Ambani, the president (finance) of Modi's Firestar Diamond business. Mankikar was remanded in CBI'custody till Monday. Mankikar was Modi’s executive assistant and authorised signatory of three of his group’s firms: Diamond R US, Stellar Diamonds and Solar Exports.

“The petition seeks that the high court hold Mankikar’s arrest as illegal and unconstitutional because it was done in gross violation of the provisions of law,” her counsel Vijay Agarwal said.

On Monday, Mr Agarwal brought the petition before the single bench of Justice N.W. Sambre, which posted it for hearing on March 12.

According to the CBI, Mankikar had fraudulently signed the applications for issuance of Letters of Understanding (LoU).

On January 31 this year, the CBI had registered a case against Modi, his uncle Mehul Choksi, the owner of Gitanjali Gems, and several others, including PNB officials.

In its FIR, the CBI had listed eight fraudulent transactions worth over Rs 2,80 crore.

But, based on further complaints from the bank, the agency said the quantum of amount in the first FIR was over Rs 6,498 crore, involving 150 LoUs allegedly issued fraudulently.

The remaining 150 fraudulent LoUs worth over Rs 4,886 crore issued for Gitanjali group of companies were part of the second FIR registered later by the agency against Choksi and his companies Gitanjali Gems, Nakshatra Brands and Gili.