Also, not many companies have experience operating it, so we cannot give the contract to a company which lacks adequate experience. 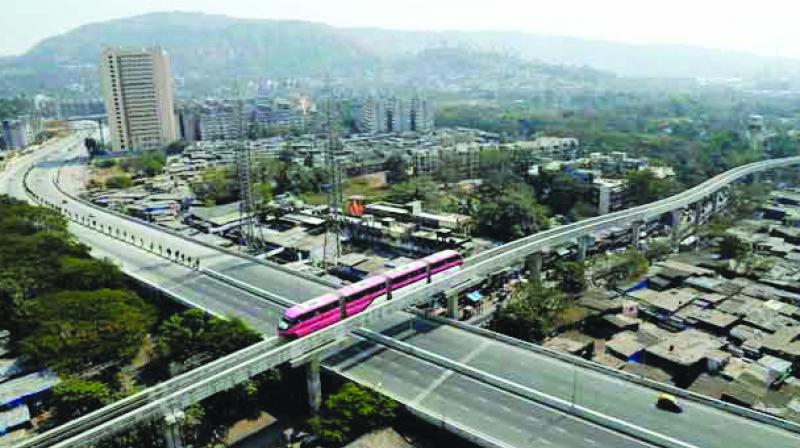 Monorail phase 1 (Chembur-Wadala) services were suspended in November last year after a major fire gutted two coaches of a rake.

Mumbai: The MMRDA has said that the fact that the monorail’s Chembur-Wadala operations have been incurring losses since 2014 and that there are only a few players could be the reasons behind the monorail corridor not attracting any bidder.

The MMRDA has initiated its fourth bidding process after its third bidding process did not see any bidder to operate the corridor. The MMRDA has floated tenders for the fourth time, and the last date of bidding is March 12. Transport experts have said that no one wants to inherit a loss-making infrastructure. According to reports however, the Adani Group and Reliance Infrastructure are interested in bidding.

A senior MMRDA official said, “There are very few players who are interested in the operation and management (O&M) of a transport system like the monorail.

Also, not many companies have experience operating it, so we cannot give the contract to a company which lacks adequate experience.” The official also cited losses incurred in operating the monorail as a prime reason. “The current operator, Scomi, has invested in the O&M of the Chembur-Wadala corridor but the returns are too little,” the official said.

Sudhir Badami, a transport expert, told The Asian Age, “Nobody would want to invest in a loss-making infrastructure. When the monorail services began in 2014, they were expected to cater to 14,000 commuters per hour. But actual services did not match expectations. There are less than 14,000 commuters using monorail every day.”

Monorail phase 1 (Chembur-Wadala) services were suspended in November last year after a major fire gutted two coaches of a rake. The MMRDA is awaiting CRS (commissioner of railway safety) approval to start both phases together. Operations may begin in March.