A technical support staff of four police and navy personnel provided a backup to the naval divers. 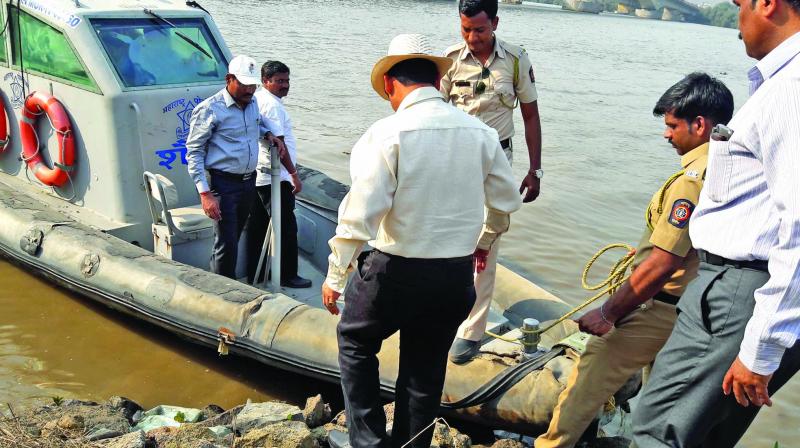 The search operation went on for five hours and was called off at dusk.

Mumbai:  An investigating team from the Crime Branch unit of the Navi Mumbai police on Monday initiated a full-fledged search operation with personnel from the Indian Navy.

The team attempted to retrieve the mortal remains of the allegedly murdered cop Ashwini Bidre-Gore who has been missing since April 2016. After five hours of extensive efforts, however the search operation was unsuccessful and it was called off at dusk.

Armed with equipments including underwater cameras, a team of nine expert naval divers sailed into the creek waters in three speedboats at around 1:30 pm. A technical support staff of four police and navy personnel provided a backup to the naval divers.  In the initial stage, the naval divers had apparently narrowed down their search to the vicinity of the disposal spot that had been pin-pointed by one of the accused Mahesh Manohar Falnikar - who had allegedly thrown the boxes into the creek from the railway over bridge between Bhayandar and Naigaon stations on the behest of the prime accused senior police inspector Abhay Kurundkar.