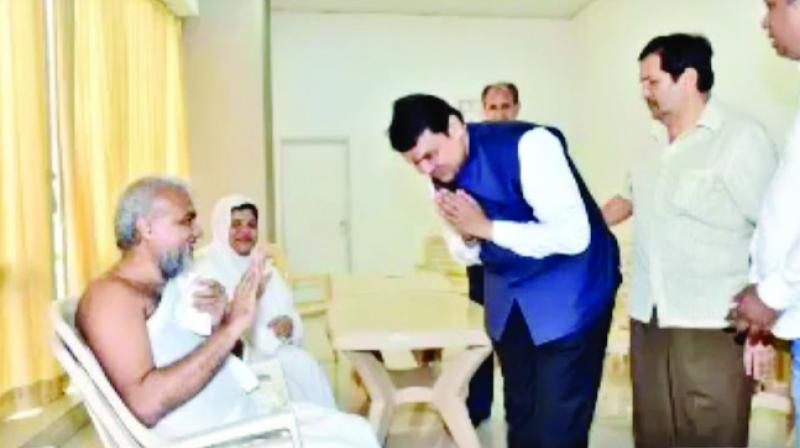 Mumbai: Opposition parties have slammed chief minister Devendra Fadnavis over a Youtube video that has gone viral on social media in which a Jain monk claims that Mr Fadnavis has promised to him before the Brihanmumbai Municipal Corporation (BMC) elections to shut down the Deonar abattoir along with running BMC schools on public-private-partnership (PPP) model.

Opposition parties have said if Mr Fadnavis had indeed given such an assurance to Jain monk Naypadmasagar Acharya, it is in violation of the model code of conduct prior to the BMC polls.

“It is a very dangerous thing and is obviously violation of the model code of conduct. If some minister was involved in the act it could have been ignored but here the chief minister himself is seen to be assuring. It is unacceptable and against the basic norms of elections commission that should intervene and investigate the same and take action,” said MIM legislator from Aurangabad, Imtiyaz Jaleel.

The ban had invited huge protests from Shiv Sena and the Maharshtra Navnirman Sena (MNS) in the area. Meanwhile, the Mira-Bhayandar Municipal Corporation (MBMC) had also banned meat sale for two days in 2014 during Paryushan. 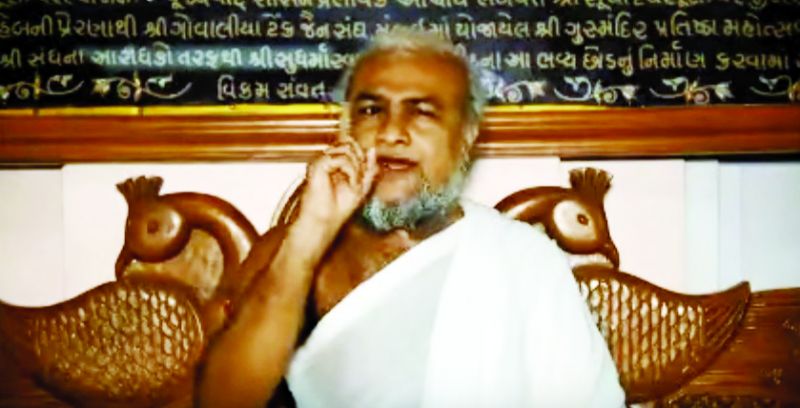 NCP spokesperson Nawab Malik said, “There should be no appeasement in the name of religion when the Supreme Court has ruled against it. The case here is very dangerous and should not practiced, as here by not using party’s platform we are indirectly using other platforms to appease voters on the lines of religion.”

Meanwhile, state election commissioner J.S. Saharia refused to comment on the video and said, “Since it is BMC elections one should ask the BMC about it.”

However, Sanjay Deshmukh, additional municipal commissioner, BMC, was unavailable for comment. A text message sent to Mr Fadnavis also did not yield any reply.

BJP Mumbai spokesperson Niranjan Shetty said, “The video that has gone viral after elections has nothing to do with the campaign of the BJP for the BMC polls and it is just a strategy by the opposition to downplay the win we got in the BMC.”