The drone will also be helpful in tackling fires in high rises and give an idea about the intensity of the blaze. 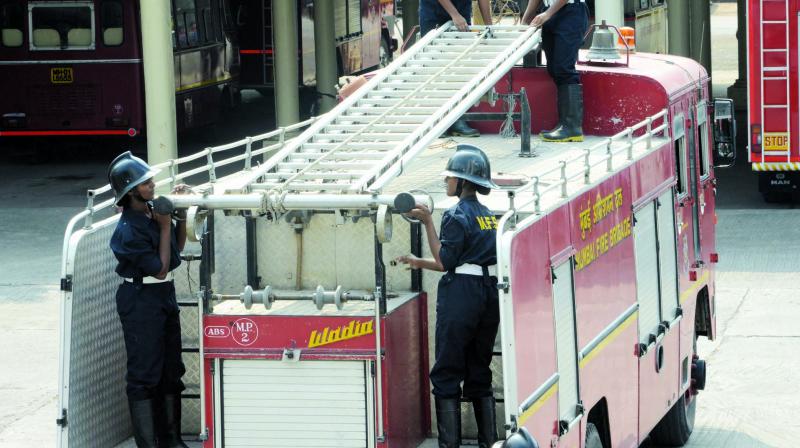 This special vehicle will be used for taking water with high pressure on the top floors.

Mumbai: Considering the increasing number of fires in high rises in Mumbai and difficulties during firefighting operations, the fire brigade has decided to purchase a special vehicle. This special vehicle will be used for taking water with high pressure on the top floors.

“When there is a fire in tall buildings, it becomes difficult to take water on the top floors, especially when the building’s inbuilt firefighting system is not functioning.

The estimated cost of the vehicle is around Rs 2.5 crore and the technical feasibility report has been done”, said deputy chief fire officer, Rajendra Chaudhary.

Meanwhile, the Mumbai Fire Brigade (MFB) has also planned to purchase a fire drone, which will help firefighters during dousing operations.

The drone will also be helpful in tackling fires in high rises and give an idea about the intensity of the blaze. “The cost of the fire drone is yet to be ascertained however, the purchase of both the special fire engine and fire drone will be completed in 2019 and tenders will be floated soon”, the fire officer added.

The latest incident of major fire in a high rise was in Tilak Nagar’s Sargam Society where five residents lost their lives. On December 27, the fire broke out on the 11th floor of the 16 storeyed building.

The inbuilt firefighting system of the building was found non-functional.

The Brihanmumbai Municipal Corporation (BMC) in its budget for 2019-20 presented on Monday has proposed `125 for its fire department to upgrade capability and infrastructure of the MFB.

The budget has also proposed to purchase a 64m and above turntable ladder which will also be used during fires in high rises.