E-way missing link to be a tourist attraction

A proposed cable-stayed bridge will be part of the missing link project, which is surrounded by hills on three sides. 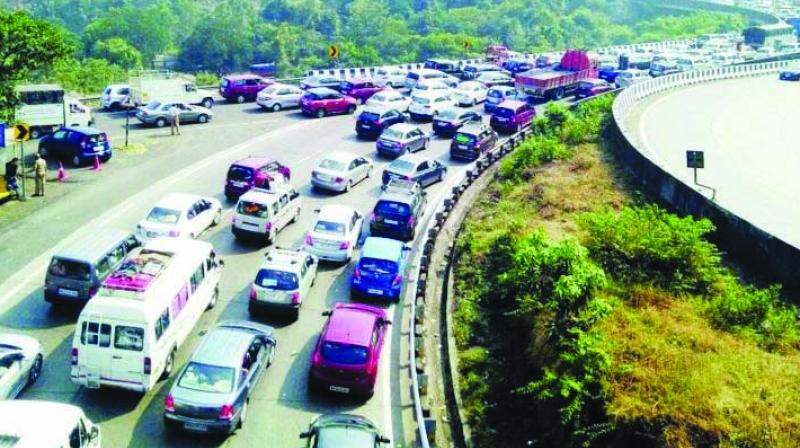 The surrounding area of the missing link is full of nature which will attract tourists, according to a MSRDC official. “The department is thinking of developing this point as a tourist spot in future” said Chandrakant Pulkundwar, joint director from MSRDC.

The Mumbai-Pune e-way is congested with vehicles. Many accidents take place on the e-way and this project is expected to divide the vehicles to different routes, thereby decongesting roads and ultimately minimising accidents. To reduce distance, timing, pollution and accidents, MSRDC is very keen on the missing link project, which has been sanctioned in 2017.

According to officials from MSRDC, the cable-stayed bridge is one part and the two tunnels are the second part of this project. The tunnels will be India’s largest and the world’s widest tunnels. Also for the very first time in India, a tunnel will pass below the Lonavala lake and the length of it will be 2.5 km. It will be built at a depth varying between 75 metre and 175 metre beneath the lake.

The other part of the project is the cable-sta-yed bridge between Kh-opoli and Khandala. Ac-cording to information given by the MSRDC office, the cable-stayed bridge will be connected through two viad-ucts. The stretch betw-een these two viaducts will be 1.55 km. MSRDC is thinking of developing this stretch as a tourist point where one viaduct will be 900m and the other 650m. The look of the bridge is attractive.