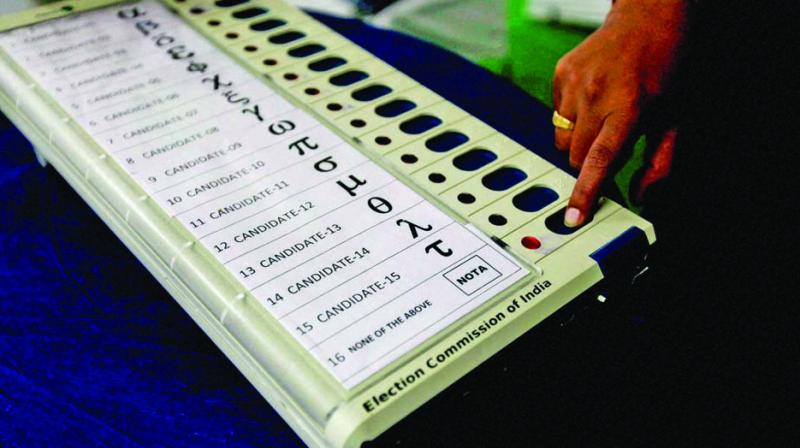 Addressing a press conference in south Mumbai, Mr Gote said that a hacker from Hyderabad, on the behest of Mr Mahajan, hacked the EVMs.

Mumbai: Rebel BJP MLA Anil Gote on Saturday alleged that the BJP took the help of hackers in Hyderabad to win the recently concluded elections to local bodies and civic corporations.

Mr Gote alleged that Girish Mahajan had won the Ahmednagar municipal corporation election by hacking electronic voting machines (EVMs). He also met the director general of police Datta Padsalgikar, who didn’t entertain the MLA’s complaint. He  alleged that the EVMs had been hija-cked by his own party. He also filed a petition with the Aurangabad bench of the Bombay high court, which is to be heard on February 7.

Addressing a press conference in south Mumb-ai, Mr Gote said that a hacker from Hyderabad, on the behest of Mr Ma-hajan, hacked the EVMs. Mr Gote demanded a probe into the matter.

Mr Gote, who fielded his candidates in the Dh-ule civic polls under the banner of Lok Sangram, said that wherever Mr Mahajan, who was in the good books of chief minister Devendra Fadnavis, was given the responsibility, the party won with exactly the same number of seats, which the minister had predicted.

BJP spokesperson Mad-hav Bhandari said that Mr Gote is talking his  imaginations, as we don't indulgence in such acts.