It was a thinly veiled attack on Yuva Sena chief Aditya Thackeray whose influence has been growing in Sena circles. 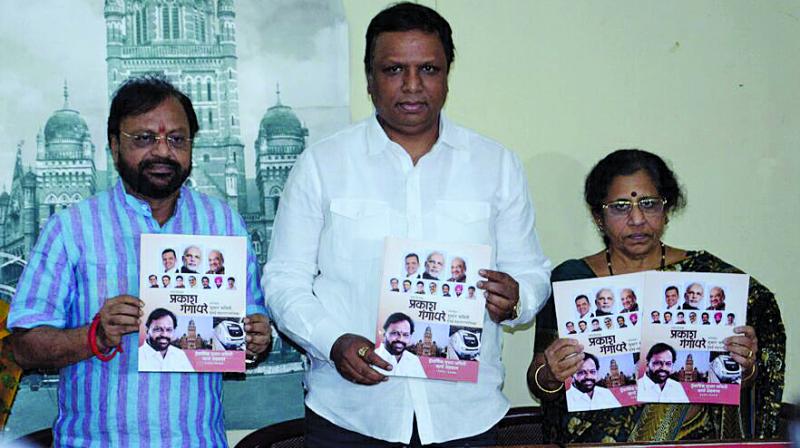 Mumbai: Miffed with the rejection of BMC’s land lease renewal policy, BJP has alleged that this was done at the behest of Shiv Sena’s youth leadership. “The move has deprived 80 per cent Marathi people, who have been living on these lands, an opportunity of redevelopment,” said Mumbai BJP chief Ashish Shelar.

“The decision to turn down BMC’s land lease renewal policy was taken under pressure from an extra-constitutional authority. Sena was forced to take this decision due to bal hatta (a child’s insistence),” Mr Shelar on Thursday told reporters. It was a thinly veiled attack on Yuva Sena chief Aditya Thackeray whose influence has been growing in Sena circles.

Mr Shelar added, “There are 4,177 plots, which have been leased to various lessees in the city. Of them, 236 plots were awaiting renewal of their lease. About 80 per cent Marathi people are living in chawls and buildings on these lands that are in urgent need of redevelopment. However, there were certain plans to ensure that the lease was not extended and redevelopment did not take place. The decision to reject the policy smacks of conspiracy favouring select builders.”

Sena Wednesday stonewalled the policy for renewal of lease on properties given out on lease by BMC. The civic body had prepared a new policy under which, plots leased out earlier at nominal rates would now be given on lease at current ready reckoner rates in the city. There was also a proposal to levy fine on leased properties housing illegal constructions.

According to Mr Shelar, had the policy been passed, the civic body would have got revenue in crores. When contacted, senior Sena corporator Trishna Vishwasrao defended their stance saying that it was in the best interest of the city as it meant more open spaces.