The dispute over the plot of land (144 gunthas) handed over to the college trust is continuing at the Osamanabad civil court. 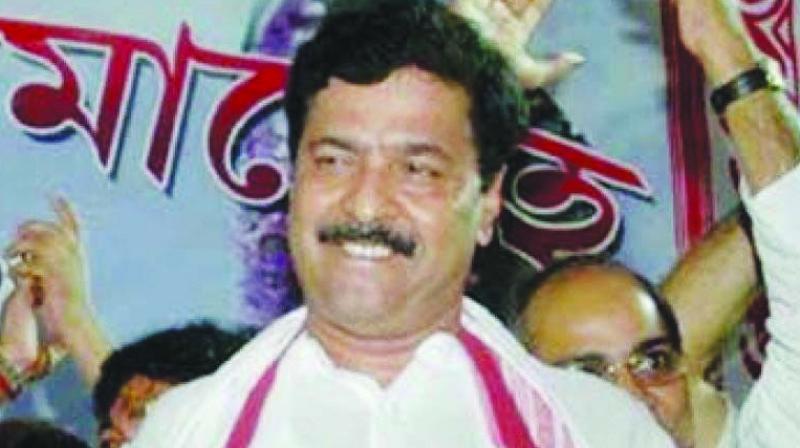 Mumbai: Sarangi Mahajan, wife of late Praveen Mahajan, who was convicted for killing his brother and senior BJP Leader late Pramod Mahajan in 2006, wants full share of 29 gunthas in the Osmanabad-based college campus that the Mahajan family owns.

Speaking to The Asian Age, she said, “ Section 25 of Hindu Succession Act which disqualify murder convict for right in the property does not apply to us. We are legal heirs of Praveen Mahajan. Pramod Mahajan did not own the property. It is hereditary property.”

The dispute over the plot of land (144 gunthas) handed over to the college trust is continuing at the Osamanabad civil court. Sarangi has demanded a share in the hereditary property, which was given by Pramod Mahajan to the college trust (Tapasvi Trust) to run the educational institution.

After the civil suit of Sarangi and an application of Prakash Mahajan to the divisional commissioner, the trust land is now transferred in the name of all Mahajan family members. Dispute over share is going on and as per trust’s argument Praveen who murdered Pramod and died in 2010 is disqualified as per provisions in the section 25 to 27 in the Hindu Succession Act.

But Sarangi argued that if Praveen would have claimed the right, then that section (Section 25 of Hindu Succession Act) might have applied. “But this will not apply in this case. How can a dissolved trust raise this objection? None from Mahajan  family objected our rights,” she said.

She alleged that Prakash Mahajan never took her into confidence when the consent note was prepared in 2013. “They offered me only 23 gunthas. I want my full share of 29 gunthas from 144 gunthas land. If they are ready, they should tell before the court. Prakash Mahajan is taking 10 gunthas extra from his two sister’s share,” she said.

However, a visibly upset Prakash Mahajan said that Sarangi is lying.  “I will not help her. Now let the court decide the matter.”

Sarangi alleged that construction in the campus of ‘ Vyankatesh college’ run by ‘Tapasvi’ trust is going on despite of civil court’s stay order.