The Central Railways has deployed more than 250 RPF personnel and MSFC personnel to manage the crowds. 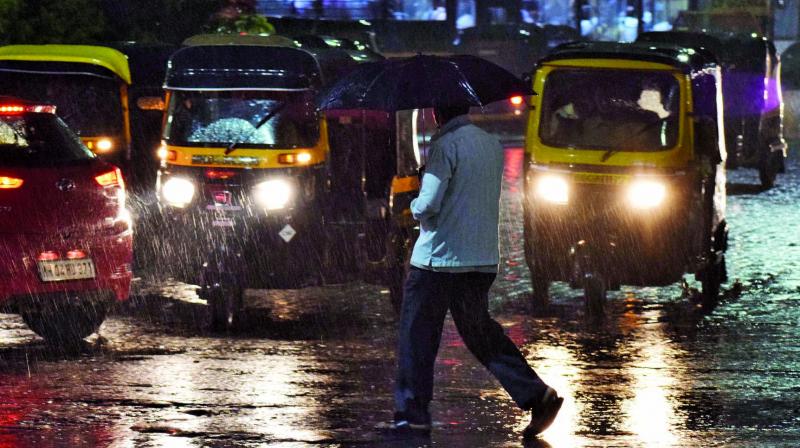 A man uses his umbrella as he walks on a street during rains in Thane. Cyclone Ockhi brought unseasonal rains to some parts of the state. (Photo: Deepak Kurkunde)

Mumbai: As a precautionary measure owing to cyclone Ockhi, the Brihanmumbai Muni-cipal Corporation (BMC) has closed all six entry points going towards Dadar seashore on the 61st Mahaparinirvan Din to be celebrated on December 6.

A senior civic official said, “As a precautionary measure, six entry points going towards the seashore have been closed and new separate alignment has been made for people who will visit Chaityabhoomi."

On the occasion of Dr. Babasaheb Ambedkar death anniversary on December 6, lakhs of acolytes visit Dadar Chaityabhoomi Chow- . In the backdrop of cyclone Ockhi, all rescue operation teams have been deployed at Dadar, said civic officials.

Meanwhile, the railways has started preparation for cyclone Ockhi's possible impact. The Central Railways has deployed more than 250 RPF personnel and  MSFC personnel to manage the crowds.