The accused, with their RN Sports Club, promised talented youngsters breaks in cricket tournaments and duped them. 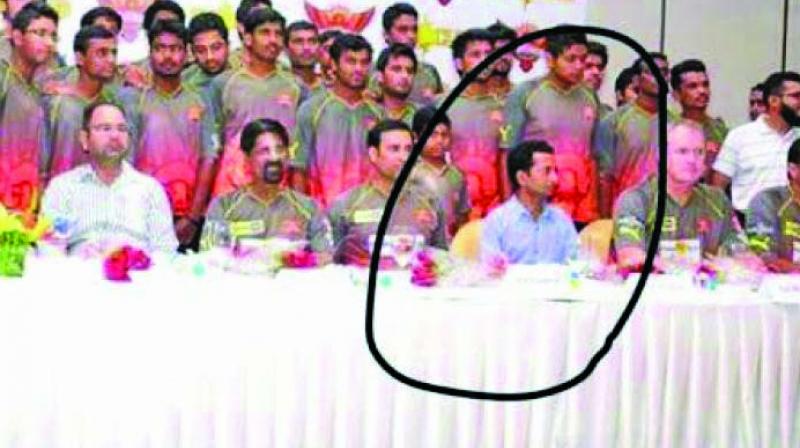 Mumbai: Following the arrest of three persons, including former talent scout for Hyderabad-based IPL team, Sunrisers Hyderabad, the Board of Control for Cricket in India's (BCCI) anti-corruption committee conducted a three-hour-long mara-thon interrogation of accused persons.

Those arrested include Vijay Barate, 40; Jeevan Mukadam, 26; and Dinesh More, 24; who were produced in the Esplanade Court on Monday. Their police custody has been extended for three more days. The accused, with their RN Sports Club, promised talented youngsters breaks in cricket tournaments and duped them.

A crime branch officer said, “Barate and one of his associates, Ravindra Wadekar’s name figures on the BCCI’s target list.”

The crime branch has come across two companies in Pune, partnered by Barate and a Pune-based property developer, into which funds collected by duping budding cricketers were likely diverted. These companies are Rumi Motors and Rumi Sports, both headquartered in Pune, officials said.

The officer said, “The two companies are run by Barate, developer Hemant Bodke and Wadekar (co-director in Barate’s RN Sports company). We are checking finances of the two companies and trying to locate Wadekar who is on the run.”

The accused persons would approach cricket coaches at known cricketing venues such as Shivaji Park and other hotspots, and would claim to be looking for budding cricketers. They would offer them a selection schedule and a break in IPL or
Ranji matches in a bid to strike a deal.

They would charge amounts ranging from `5 lakh to `15 lakh depending on the number of players, officials said.

To influence the victims, they would distribute caps and t-shirts of Sunrisers Hyderabad, with whom they were previously associated. The teams would be taken to Hyderabad and made to play tournaments with random cricket teams. After a stay of around a month, they would be sent back.

The deal would then be called off citing “lack of technique or style”. Following a complaint, the Chembur police registered a case and the crime branch is probing it.