This is an extension of Bandra-Worli sealink. 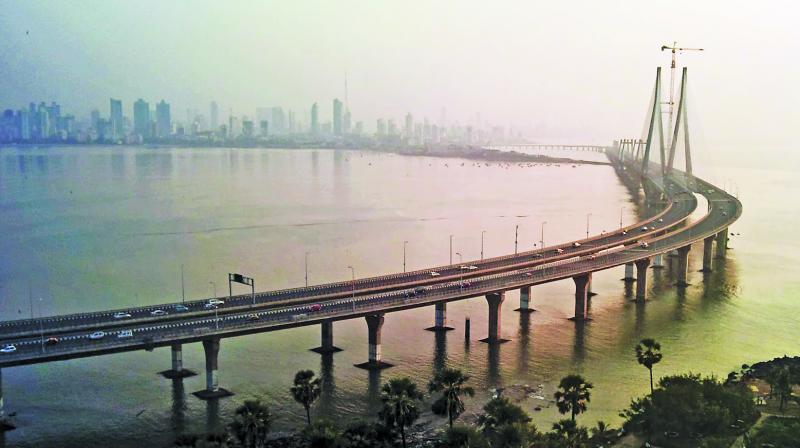 The Public Works Department issued a government resolution on Monday approving cost escalation of the project.

Mumbai: After much delay, the Maharashtra government has given its approvals to the Bandra-Versova Sea Link (BVSL) with an additional cost of around Rs 2,000 crore. This is an extension of Bandra-Worli sealink.

The Public Works Department issued a government resolution on Monday approving cost escalation of the project. The original cost was of Rs 7,502 crore and now additional cost of Rs 2,000 crore has been approved. “The MSRDC will construct the 17.17-kilometre bridge through Engineering Procurement and Construction (EPC) basis,” the GR said.

Defending the cost escalation, the government resolution stated, “The government has decided to approve cost escalation of Rs 1,975 crore for the BVSL keeping in mind the claims by private parties and the additional funds spent on the Bandra-Worli sea link.” The Maharashtra State Road Development Corporation Limited (MSRDC) will be the nodal agency for the project to be constructed on a build, operate and transfer (BOT) basis. The agency had also completed Bandra-Worli sealink.

According to the PWD officials, the BVSL will ease traffic jam in western suburban areas, and this was the plan for a long time but was put on hold due to technical difficulties.  The portion between Bandra and Versova will be in the form of a 9.5 km long sealink.

The sealink project was decided following opposition from Juhu residents over a proposed tunnel road part of the coastal road beneath the beach, which they claim, would destroy its beauty.

Also, it had also faced stiff opposition as the alignment of the coastal road between Bandra and Versova was to run through mangroves and koliwadas, which resulted in fishermen opposing the project.

The MSRDC has set a deadline of 2020 to complete the project. The eight-lane project will be built 900 metres into the sea. It was proposed earlier as the Western Express Highway and SV Road were saturated, the officials added.