The bank has also issued a public notice for carrying out the auction of the property. 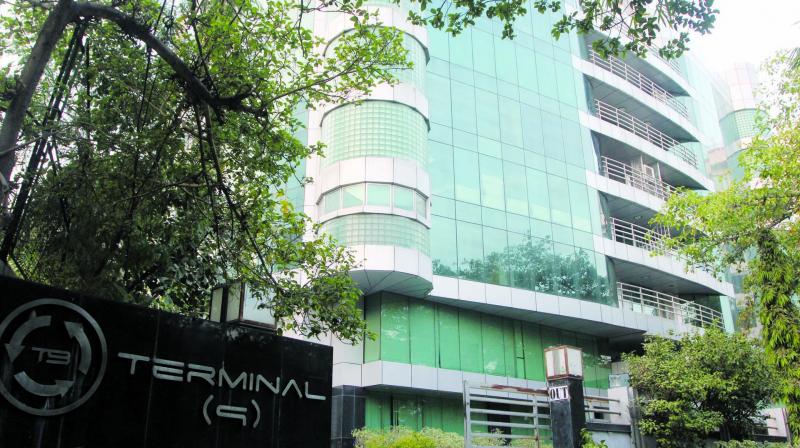 Terminal 9, the building constructed by Kamla Landmarc. The bank has attached the apartment, located in the seventh floor. (Photo: Mrugesh Bandiwadekar)

Mumbai: In fresh trouble for builder Jitendra Jain of Kamla Landmarc properties, who was arrested last week by the Economic Offence Wing (EOW) after 30 buyers from Santa Cruz complaint of cheating, Kotak Mahindra Bank has attached property of his measuring 2,243 square feet in Vile Parle.

This is after Mr Jain’s firm allegedly defaulted loan amount of Rs 18 crore approximately. The bank has also issued a public notice for carrying out the auction of the property.

Ritesh Shah, executive from Kotak Mahindra Bank, confirmed the development. He said, “We have attached an apartment of Mr Jain and the same will be auctioned on January 18, 2017 for which the inspection is scheduled for January 10. The auction would not be carried out if the party whose property is attached comes up to pay for the defaulting amount before the date of auction.”

Mr Shah added that this amount is around Rs 18 crore and the said attached property will gain the bank around Rs 4.50 crore. The balance amount would be recovered from the defaulter by attaching other assets.

When contacted, the Kamla Landmarc spokesperson declined to comment on the attachment of the property.