The term ‘Betaal’ is also used in Marathi where it means a person indulging in loose talks. 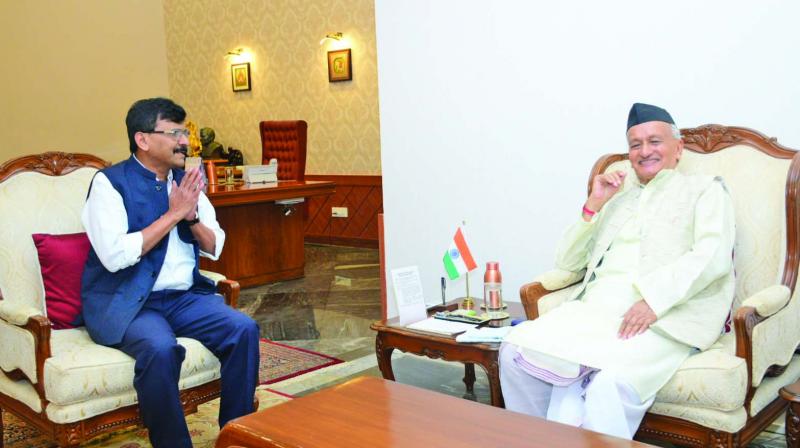 Mumbai: Amid the stalemate over government formation in Maharashtra, a Marathi daily, widely known to be inclined towards the RSS, on Monday likened Shiv Sena leader Sanjay Raut to a clown and ‘Betaal’, the mythological ghost who challenged King Vikramaditya with his witty riddles.

The term ‘Betaal’ is also used in Marathi where it means a person indulging in loose talks.

Nagpur Tarun Bharat (NTB) targeted the senior Sena leader, also an editor of his party mouthpiece Saamana, alleging he was creating obstacles in bringing the Bharatiya Janata Party-Sena grand alliance to power in the state.

In an editorial titled ‘Uddhav and Betaal’, the daily also noted that grievances of two-third of Maharashtra’s farmers affected by natural calamities have been caught in a cauldron of egos.

Mr Raut has been at the forefront of voicing his party's demands over equal distribution of power and sharing the chief minister's post with the BJP in the next Maharashtra government.

“The late Balasaheb Thackeray spent his entire life wresting power from the Congress and NCP. But this Betaal is trying hard to shatter his dreams,” the editorial noted.

“His (Sanjay) attempts to portray a picture that chief minister Devendra Fadnavis is isolated in the BJP is nothing but pure entertainment,” it further read.

Referring to the Mahabharata, it said the Sena leader’s first name — Sanjay — was also that of a character from the epic, who gave a ‘live relay’ of the war between the Pandavas and Kauravas to blind King Dritharashtra.

“Similarly, Sanjay’s job is to provide valuable inputs. But he himself is turning a blind eye, then there is need to worry about the Sena’s future,” the editorial noted sarcastically.

The editorial also argued that the state needed a “stable government” as the Supreme Court’s verdict on the Ram Janmabhoomi- Babri Masjid land dispute case would be out in the near future.

“The Sena must be aware of the fact that one who cuts a branch while sitting on it is not a wood-cutter but ‘sheikh chilli’ (a comic character known for bragging),” it quipped.

The editorial wondered if the Shiv Sena, while being the senior ally during its term in power with the BJP in 1995-99, ever thought of sharing the chief minister's post at that time.

In the recently-concluded Vidhan Sabha elections, the Bharatiya Janata Party won 105 seats and the Shiv Sena 56.