Mrs Ramesh added, “I was told about this situation by our mentors so I immediately disconnected the call, saying we were not interested.” 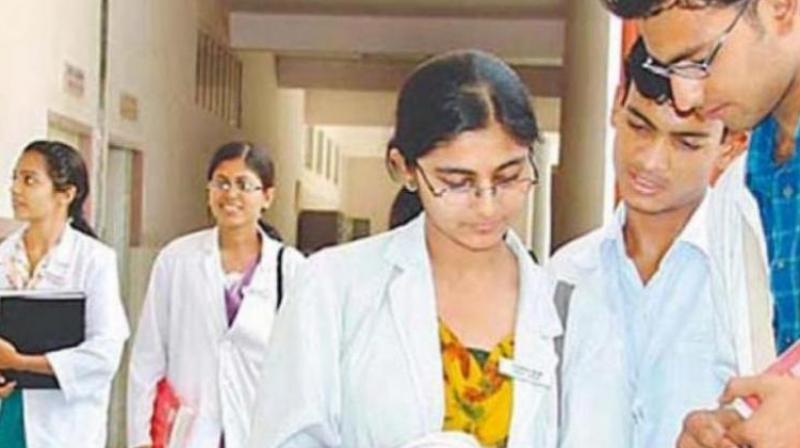 When The Asian Age spoke to several parents of the medical aspirants, it found that they have been getting phone calls from “agents” who are haranguing the students, promising to fill the forms and provide “desired exam centres” in return for money.

“Since we have 30 days to fill the form, my daughter and I have decided not to rush into anything. However, two days ago I got three calls and, surprisingly, the caller knew my name, my daughter’s previous NEET score (as she is a repeater) and began telling me if we let them help, my daughter can get better marks and convenient exam centre,” said Ranjani Ramesh, a parent.

Mrs Ramesh added, “I was told about this situation by our mentors so I immediately disconnected the call, saying we were not interested.”

Another parent said, “It is surprising these people are calling parents and students in order to lure them into illegal stuffs. Some of my son’s friends also had similar experiences but because they were told earlier about this, hence they did not fall in the trap. However, these people are smart and manipulative.” This parent got calls where they asked her if she needs help for filling the form and in return, she would have to pay lakhs.

Every candidate has a time span of 15 minutes to complete the form and if they did not get it done, it will reset itself and the candidate has to do repeat it with a new One Time Password (OTP).

Sudha Shenoy, another parent, has advised both students and parents to not rush into anything.

“One important hack is to be prepared before starting to fill the form, from documents that are to be uploaded, to the signature, photographs, code for state and preference centres to basic details. This way, the candidate can successfully fill the form,” said Ms Shenoy who is helping several candidates to fill the forms and other things related to NEET exams via social media groups and accounts.