The AIMTC, which has 90 lakh trucks across the country, had gone on a countrywide strike over the hike in diesel price. 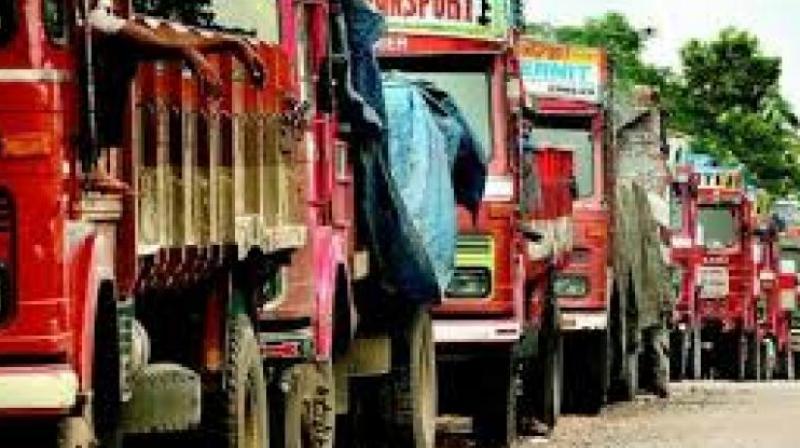 Mumbai: The transporters’ apex body, the All India Motor Transport Congress (AIMTC) on Thursday said that the Union government’s decision to slash diesel and petrol prices by Rs 2.50 was an eyewash. The government should decrease the price of diesel and petrol by Rs 10, at least it said. Bal Malkit Singh, the chairman of the AIMTC core committee, asked why the state government had reduced charges on petrol only. “What kind of a cruel joke is the Maharashtra government playing with the transport fraternity,” he asked.

Speaking to The Asian Age, Mr. Singh, who owns around 400 trucks, said that diesel prices have been hiked by Rs 18 over the last nine months by the government.

“So why is the government reducing diesel price by Rs 2.50 only ?  The government is rubbing salt on the wounds of the transport fraternity. It is too little, too late,” he said.

Mr Singh added, “It is just an eyewash. A mere reduction of Rs 2.50 will not give any benefit and the inflation trend will not change,” he claimed. “High rates of diesel lead to inflationary trend. Mere reduction in petrol rates will not suffice. It will give no relief to the industry or the common man. A drastic reduction of at least Rs 10 should have been done,” he said.

The AIMTC, which has 90 lakh trucks across the country, had gone on a countrywide strike over the hike in diesel price among other demands in July this year.