The slums have been in existence on the land for over three decades. 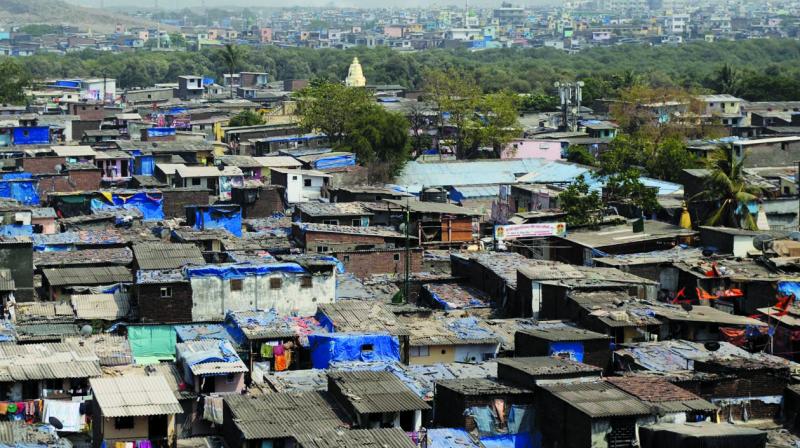 Mumbai: The Slum Rehabilitation Authority (SRA) has initiated a survey of slums on controversial defence land in Santacruz (east). The land, which belongs to the Indian Air Force (IAF), has been mired in controversy for the past several years, with an illegal land grab by a developer and no survey being conducted to keep check on encroachers. The slums have been in existence on the land for over three decades. A recent survey conducted by the SRA’s biometric cell revealed encroachment by an additional 8,000 slum hutments.

An official from the biometric cell said, “Defence officials had asked the SRA authorities to conduct a survey of the land, post which, we received notice to start the survey. The survey began by August 14 and is still in process.”

According to data, there are four slum clusters on the land, each housing 3452, 3628, 129 and 1,400 slum hutments, respectively. Biometric cell staff has finished numbering around 8,609 slum hutments. Of the 8,609 hutments, the staff has conducted a door-to-door survey of nearly 7,051 slums. This is the first time that the SRA is conducting a survey on defence land.

The defence land was earmarked for rifle range by the IAF, with whom the land has been since the 1960s, reveal reports. Mhada claimed ownership of 12.2 acres of defence land, and allowed the slum rehabilitation scheme on the land. The project was taken by Shivalik Builders.