Tell principal not to invite him to college’s 150th anniversary bash. 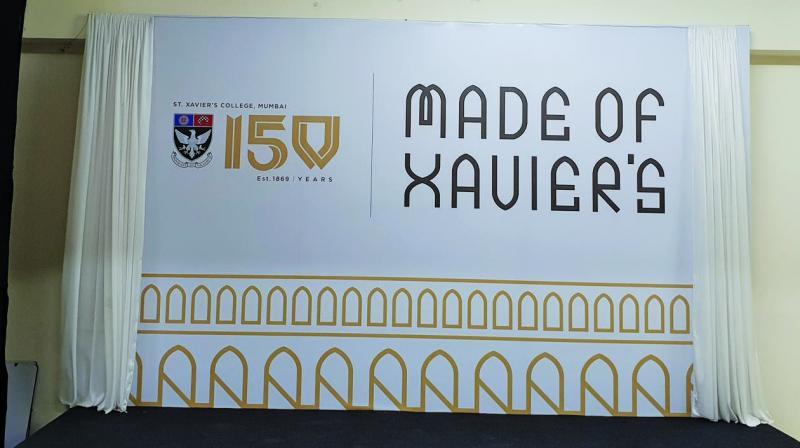 MUMBAI: Several alumni of St. Xavier’s College raised objections to the presence of Yuva Sena chief Aditya Thackeray at a ceremony where a special logo marking the college’s 150th year was unveiled on Thursday.

The logo, which is inspired by the iconic college’s arches and facades, was unveiled in the presence of notable alumni, including Mr Thackeray. However, the alumni termed him “antithetical to the principles and values espoused by St. Xavier’s College” in a statement that has been sent to the principal of the college.

The alumni have opposed inviting Mr Thackeray to the sesquicentennial celebrations, which are said to kick off from December 27 with a feast mass, cultural events, inaugural programme, alumni dinner and music festival. Close to 2,000 alumni, as well as the President of India, are expected to be in attendance.

In the statement, the alumni have highlighted the political figure’s alleged misdeeds when he was a student back in 2010. It read, “Mr Thackeray led a campaign against the inclusion of Rohinton Mistry’s widely acclaimed, Booker Prize-nominated novel ‘Such a Long Journey’ in the Mumbai University syllabus. His protest against the book stemmed from its alleged portrayal of the Shiv Sena in a negative light. Apart from burning copies of the book in public, his party’s exercise of political muscle and threats of unrest subsequently caused the book to be dropped from the syllabus.”

The alumni said, “(That) Mr Thackeray in the list of notable alumni who will launch the 150 years celebrations of the institution is an unfortunate reflection of the ethical standing and moral integrity of St. Xavier’s today. In enabling him, you are sending out a message that literary freedom and critical thought stands no chance against political pressure tactics.”

Asked about the protest, Mr Thackeray said, “I have not read anything about the letter or statement so I would rather not comment on the subject.” However, he expressed his gratitude to his alma mater and promised it his support.