Fishermen, living along the coast, also use the beach for their business. 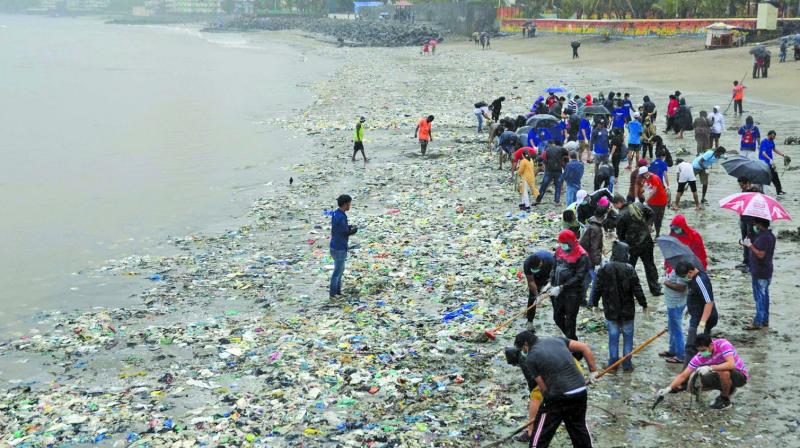 Contractor is expected to remove 45 metric tonnes of garbage during monsoon.

Mumbai: In a move, which is expected to raise eyebrows, the Brihanmu-mbai Municipal Corporation (BMC) has decided to allot beach cleaning tender of Dadar Chowpatty to a joint venture of companies, of which one belongs to the son of a senior BMC official.

BMC’s solid waste management (SWM) department has appointed Coastal Clear Enviro (CCE), a joint venture of Asian Traders, MI Trading and General Suppliers and Safa Enterprises as a contractor to carry out cleaning of Dadar Chowpatty for a period of six year at the cost of Rs 11.66 crore.

According to civic officials, in the tenders invited by the BMC, four agencies submitted their bids. Of them, the CCE bagged the contract with the lowest bid. However, it was found that Safa Enterprises, one of the partners of CCE, is owned by Aditya Godse, son of Sunil Godse, deputy hydraulic engineer of BMC.

“Taking note of this, the BMC sought opinion from its legal department, which gave green signal to accept the bid from the CCE as Mr Godse is not working in the SWM department and has no participation in the tender process,” said a senior civic official.

As per the contract, the beach-cleaning rate will increase with each year. For the first year, Rs 1.66 crore will be spent. The expenditure will increase to Rs 2.07 crore on the sixth year. The contractor is expected to remove 45 metric tonnes of garbage during monsoon and 12 MT waste on dry season.

Fishermen, living along the coast, also use the beach for their business.  Due to the presence of large number of people, a lot of waste is generated on the beach.

The high and low tide of the sea also throws trash like plastic, floating material etc. To remove the trash, the BMC appoints private contractors.