On June 29, a private chartered plane crashed in the city's Ghatkopar area. 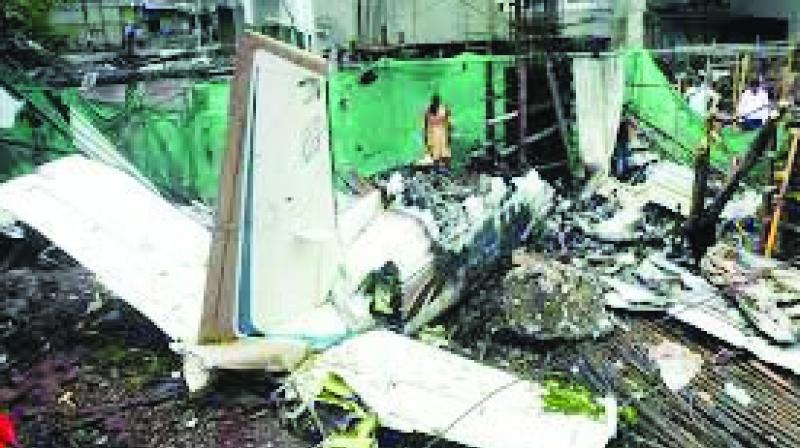 Five people died in the Ghatkopar crash on June 29.

Mumbai: The ministry of civil aviation on Thursday informed the Bombay high court that it was conducting a thorough probe into the plane crash in Mumbai’s Ghatkopar area in June this year and that there was no need to transfer the investigation to the CBI or any other independent agency.

A bench of Justices Ranjit More and Bharati Dangre was hearing a petition filed by activist Yeshwant Shenoy, seeking that either a special court of inquiry be constituted to probe the crash or that the investigation be transferred to the CBI.

On June 29, a private chartered plane crashed in the city's Ghatkopar area. All on board the aircraft, including two pilots and as many maintenance engineers, along with a passer-by, died in the mishap.

In an affidavit filed through the Aircraft Accident Investigation Bureau (AAIB), the ministry informed the court that it had also taken custody of files related to the aircraft and its crew from the Directorate General of Civil Aviation. There was no chance of any compromise in the probe or tampering of evidence, it said.

“The AAIB has senior ranking officials with adequate expertise and training. It has all powers to carry out an investigation and summon individuals irrespective of their ranks. The person in-charge of the probe is an aeronautical engineer and has vast field experience in aviation, both in the industry and the regulatory environment,” the affidavit said.

It further told the bench that a court of inquiry was set up only under “very rare circumstances”. It was last done in 2010 to probe Air India Express flight crash at Mangalore airport in which 158 people died.