The MNS organised the march even though the Mumbai police denied permission for it. 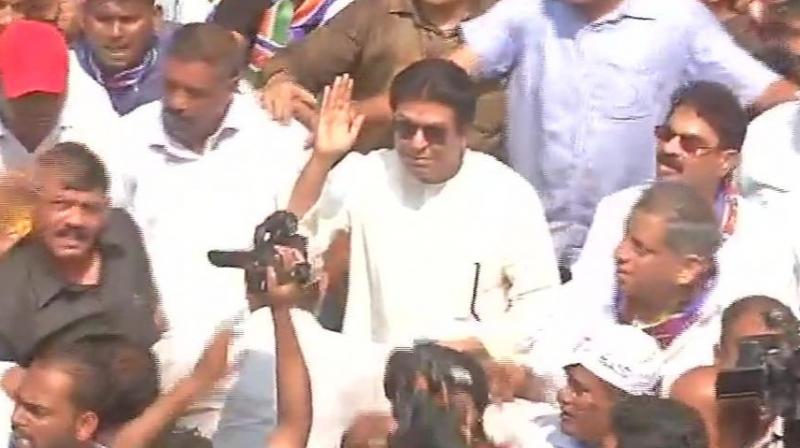 The regional party has demanded better rail infrastructure in the city. (Photo: ANI)

Mumbai: Maharashtra Navnirman Sena (MNS) chief Raj Thackeray on Thursday took out a march in south Mumbai in protest against the recent stampede on a foot overbridge at Elphinstone Road station. At least 23 people were killed in the incident.

The MNS organised the march even though the Mumbai police denied permission for it. The regional party has demanded better rail infrastructure in the city.

Reacting to the stampede, Thackeray on Saturday said that his party will not allow a single brick to be placed for the bullet train in Mumbai until and unless the infrastructure of local railways is improved.

"Until present infra of local railways is made better, not a single brick will be allowed to be placed for bullet train in Mumbai," Thackeray had said.

Slamming the Railways for the loss of innocent lives at the stampede at Elphinstone Road railway station, Thackeray had said, "Why do we need terrorists or enemies like Pakistan? It seems our own Railway is enough to kill people".

Several people were injured in the stampede on September 29.