Thackeray further asked the courts, the Election Commission of India (ECI) and new editors to not bow under the Centre's pressure. 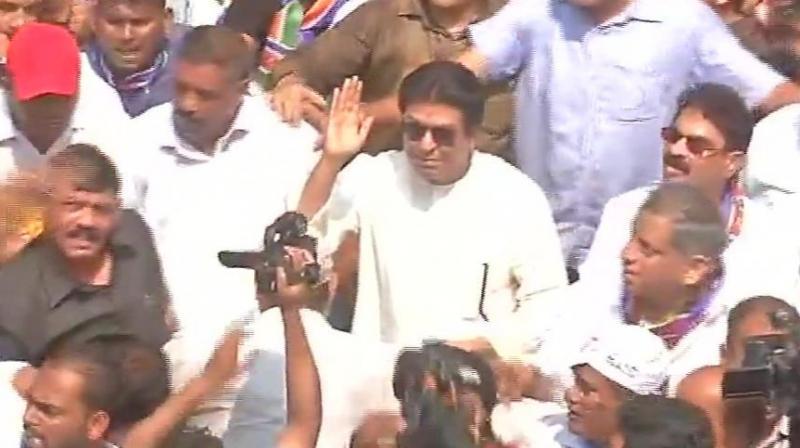 He further asked the courts, the Election Commission of India (ECI) and new editors to not bow under the Centre's pressure. (Photo: ANI/File)

Mumbai: The Maharashtra Navnirman Sena (MNS) on Thursday attacked Prime Minister Narendra Modi over his promises made during his election campaign, alleging he has betrayed the people of the country.

"The entire nation including me trusted you.. voted for you.. You promised 'Acche Din'. But you betrayed us. Prime Minister Modi had promised that he would get back black money and deposit Rs. 15 lakh in every bank account. But now after the election, Amit Shah said that it was just a 'Jumla'," MNS chief Raj Thackeray said, while addressing a gathering here.

He also said he had never seen such a 'liar' Prime Minister.

The MNS chief further accused the prime minister-led Union Government of removing Suresh Prabhu from the Railway Ministry for opposing the bullet train.

Thackeray, who held a protest march in south Mumbai on Thursday for last week's stampede at the Elphinstone Road station, which claimed 23 lives, further stated, "We have organised this rally peacefully. But if there is no change in the system of government, then our next rally will not be peaceful".

He further asked the courts, the Election Commission of India (ECI) and new editors to not bow under the Centre's pressure.