The MSRDC is also planning an additional connector from Bandstand in Bandra West. 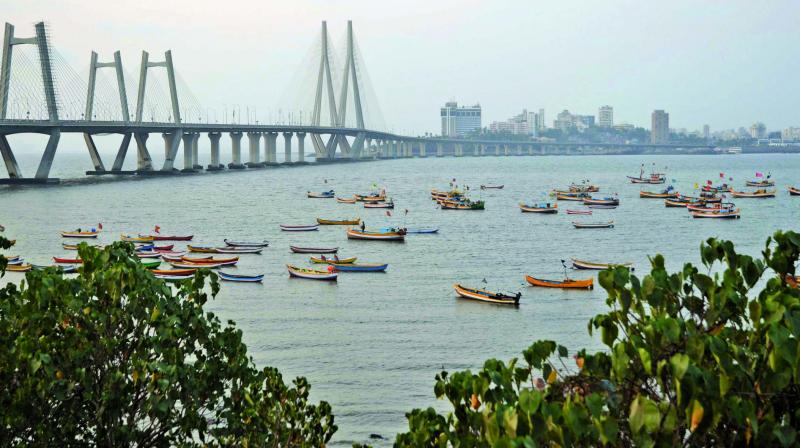 Mumbai: In a relief to commuters, the Maharashtra State Road Development Corporation (MSRDC) is planning to extend the proposed 17.7 km Versova-Bandra Sea Link (VBSL) to Western Express Highway (WEH) in a bid to decongest the route. The route faces heavy traffic during peak hours and has lost the status of a highway, said Radheshyam Mopalwar, vice-chairman, MSRDC. On Saturday, the MSRDC signed an agreement with Reliance Infrastructure and Astaldi, an Italian company, to implement the project. The work is expected to start in October.

The VBSL has two connectors, one at Juhu Koliwada, which connects Otter’s Club at Juhu Tara Road, while the other one is at Nani Nani Park in Versova. “We are planning to extend the connector from Otter’s club to Parle junction so as to connect the WEH. The connector from Versova will also be extended towards the Expressway. This is to unclog the Expressway,” said Mr Mopalwar. The MSRDC is also planning an additional connector from Bandstand in Bandra West.

The sea link is expected to be operational in five years by September 2023, while the toll will continue till 2052.

“The sea link will have more than one  toll at different points,” added Mr Mopalwar. The total engineering cost of the project is approximately Rs 7,000 crore.

“We are very proud of having won this prestigious project, one of its kind in India. It will slash commute time from Worli to Versova from almost two hours to a mere 15 minutes,” said Arun Gupta, Reliance Infrastructure Limited EPC, CEO.