622 trees to be axed for storm water drain work

Since the beginning of 2018, around 4,577 trees have been proposed to be hacked for different projects according to the tree authority notices. 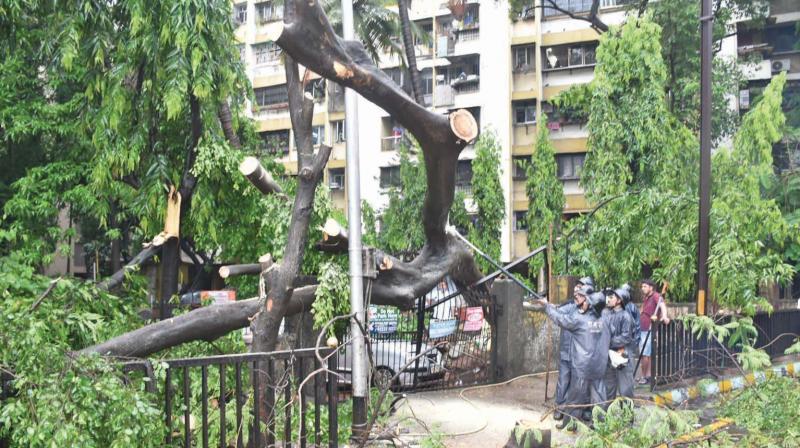 At least 500 trees have been removed so far.

Mumbai: Another 622 trees have been proposed to be removed in Ghatkopar for widening the Somaiya nullah and improving the road conditions, according to the Brihanmumbai Municipal Corporation (BMC) tree authority’s notice. Activists have raised concerns over the repeated hacking of trees for the alterations in the storm water drains across the city stating that such drains should be designed taking the trees around it in consideration. Since the beginning of 2018, around 4,577 trees have been proposed to be hacked for different projects according to the tree authority notices.

Zoru Bhathena, a Mumbai-based activists working towards preserving the city’s trees has compiled the list of trees that have been proposed to be removed, from the several notices by the BMC’s garden department from January 1 this year till now. “These trees have been proposed for various projects like road improvement, diversion, widening of nullah and others. The list does not include the dead or dangerous trees that are hacked during monsoon, despite this the number of trees proposed to be cut is higher,” said Mr Bhathena.

“Almost a dozen of notices were about tree-felling for alterations in nullah. There is a need for preserving trees while designing storm water projects. The authorities have to be more sensitive towards the issue,” he added. The activist clai-med that at least 500 trees have been removed so far.

Meanwhile the BMC has stated that it publishes the notice based on the proposal submitted by the developers and the proposed trees are reduced in later stages.