His wife and veteran actor, Saira Banu told via Twitter that the actor was doing well after the treatment. 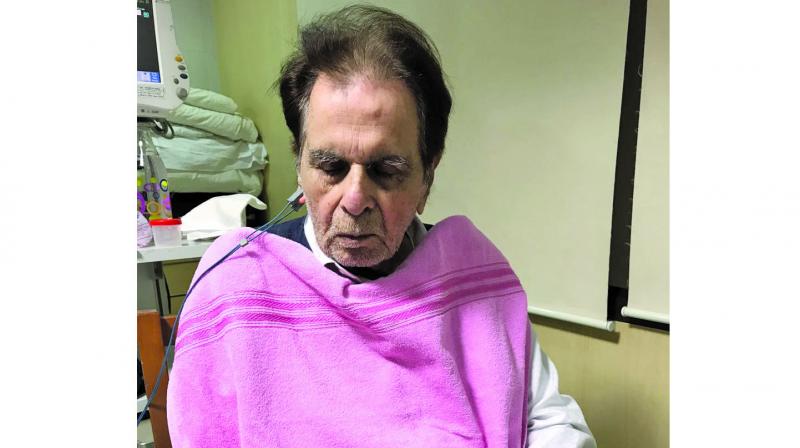 Mumbai: Veteran Bollywood actor Dilip Kumar (94), who is admitted at Lilavati hospital, Bandra (west) for treatment of dehydration and kidney ailments, may need a dialysis on Saturday, said doctors treating him.

He is currently recuperating in the hospital’s Intensive Care Unit (ICU). According to the doctors, his creatinine and potassium both are on rise in the body.

Creatinine is a chemical waste product in the blood that passes through the kidneys to be filtered and eliminated in urine while potassium is an essential electrolyte. High potassium causes kidney ailment.

On Thursday evening, the doctors treating Mr Kumar had said that his creatinine levels are rising, and he is going into renal failure. The situation remained the same on Friday.

Dr Jalil Parker, who treating the veteran actor said, “Kumar is not good. His creatinine and potassium is increasing, while his haemoglobin is decreasing. He will need dialysis but is not kept on ventilator.” Dr Parker said that Mr Kumar’s creatinine level is bad as compare to yesterday.

“His kidney is not functioning well. He has been shifted into the ICU. He is responding well with the treatments,” Dr Parker added.

This is the third time Mr Kumar was admitted to the hospital. On December 7, he had swelling in his right leg. On April 15, he had taken ill with pneumonia.

Mr Kumar had trouble breathing and his white blood cells had shot up. However, he recovered in two days. His wife and veteran actor, Saira Banu told via Twitter that the actor was doing well after the treatment.

He was last seen in the film Qila in 1998. Kumar was honoured with the Dadasaheb Phalke Award in 1994 and the Padma Vibhushan in 2015.