The same situation exists at civic-run Shatabdi Hospital where these patients have been counselled, said Dr Pradeep Angre, medical superintendent. 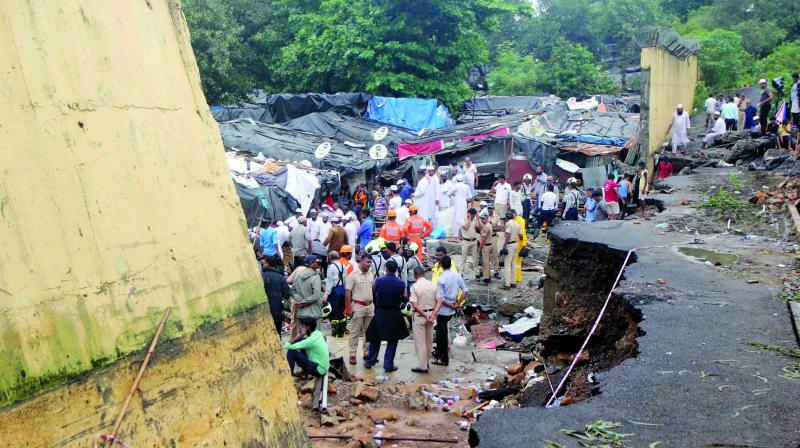 A majority of the 72 victims of the wall collapse are suffering from bone injuries, mental shock and anxiety.

Mumbai: At least 72 people injured in the wall collapse in Mumbai are currently recuperating at different civic-run hospitals. The condition of three of them, however, is said to be critical.

Meanwhile, the Brihanmumbai Municipal Corporation (BMC) has set up a team of experts to investigate the wall collapse at Pimpripada in Malad, in which 26 people were killed. The team, comprising experts from IIT Bombay and Veermata Jijabai Technological Institute (VJTI), has been asked to submit a report within 15 days.

The same situation exists at civic-run Shatabdi Hospital where these patients have been counselled, said Dr Pradeep Angre, medical superintendent. “We have only one patient on a ventilator and recuperating. A total fifty-three patients are admitted here,” he said.

The autopsy details of several victims who succumbed to their injuries at civic-run Cooper Hospital showed that they had died of “traumatic asphyxiation” after remaining trapped under the debris for hours. Of the 26 persons who died, 12 were minors. The condition of three victims admitted to Cooper, however, is critical while the others are admitted to the trauma ward. Among those in the trauma ward, 11 patients have been shifted to the general ward and one of them has been shifted to the ICU, informed the on-duty medical officer.

Interestingly, a senior official of the BMC's hydraulic engineering department will also be part of the team, which has been formed to investigate the incident and submit its report to the civic chief, an official said.