The court was hearing a petition alleging violation of noise pollution control norms. 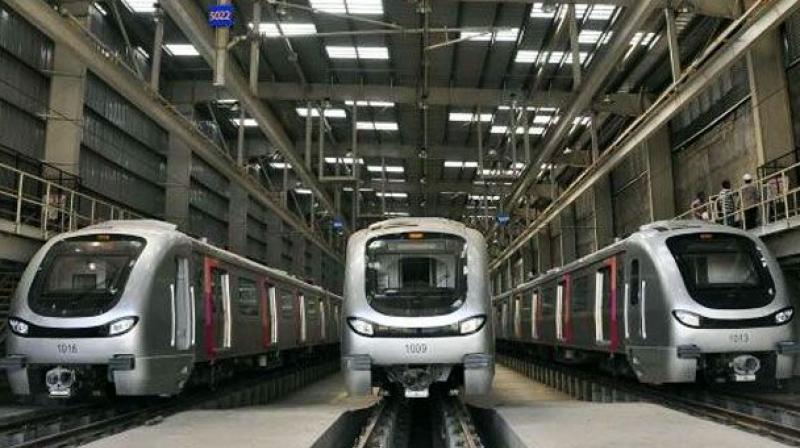 The court said, “Once we pass the order, it can’t be modified later because it would be based on legal points.” (Representational Image)

Mumbai: The Bombay high court has suggested that Mumbai Metro Rail Corporation Limited (MMRCL) and Cuffe Parade residents should resolve the issue surrounding the nighttime construction work of the Metro-3 among themselves. The court said, “Once we pass the order, it can’t be modified later because it would be based on legal points.”

The court was hearing a petition filed by Cuffe Parade resident Robin Jainsinghani alleging violation of noise pollution control norms. The high court had restrained MMRC from carrying out construction work beyond 10 pm.

On Tuesday, advocate Zal Andhyarujina told a bench of Justices A.S. Oka and R.I. Chagla that he, along with the state's representative in the case, advocate general Ashutosh Kumbhakoni, had conducted a site visit of the Mumbai Metro-3 corridor recently and discovered that noise norms were not being strictly implemented.

“The visit to the construction sites in and around the Cuffe Parade area revealed that the claims made by the MMRCL on implementing noise norms do not stand ground. The actual situation is much different,” Mr Andhyarujina said.

Mr Andhyarujina further argued that both residents and MMRCL should sit together again and meet each other halfway. “Residents wanted to see what steps MMRCL has taken to minimise the late night work, but MMRCL has not yet shared the details,” said Mr Andhyarujina.

After hearing this, the court said, “We are not in a hurry to pass interim orders. Let both the parties sit together to find a midway. After all, the metro project is of larger public interest, and we have to see that the fundamental rights of citizens are not violated.”

The petition will be heard next on Monday.