A crack was reported on Frere bridge, which connects Grant Road and Nana Chowk, on Tuesday night. 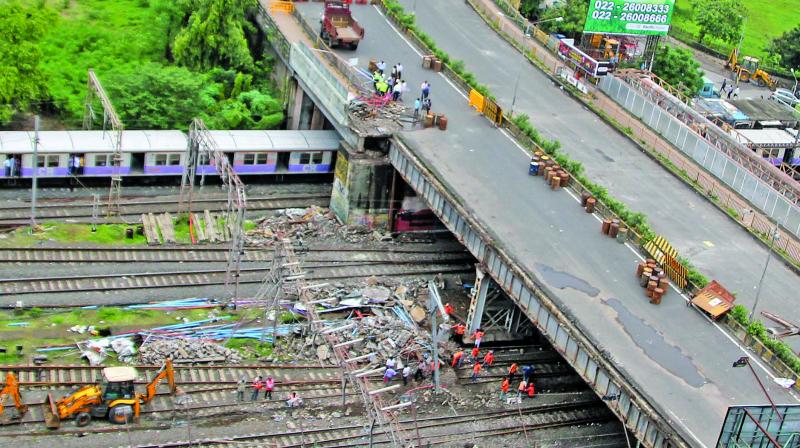 Mumbai: Just a day after the city witnessed the partial collapse of a pedestrian pathway of the rail overbridge (ROB) at Andheri, another bridge at Grant Road developed cracks causing panic among people and motorists on Wednesday. The bridge was immediately shut down, but the crack was found to be a minor one and the bridge was later reopened to traffic after repairs.

A crack was reported on Frere bridge, which connects Grant Road and Nana Chowk, on Tuesday night. As the bridge is located in a busy area near Grant Road station, it was shut to traffic on Wednesday morning as a precautionary measure. The pictures of cracks that had developed on the bridge went viral on social media. “The bridge at Grant Road station has cracked, hence the traffic has been diverted to Nana Chowk towards Kennedy bridge,” the Mumbai police said in a tweet.

According to civic officials, the cracks however were not major. Officials from the civic body and railways examined the bridge and the cracks were filled with the help of mastic asphalt. After it was declared safe, the bridge was reopened for traffic by afternoon.

Ravinder Bhakar, chief public relation officer of Western Railway, said, “We have inspected the bridge but we did not find anything abnormal.”

However, the incident, which occurred just after the Andheri bridge mishap, caused further panic among Mumb-aikars. Some of them even tagged Union ministers Nitin Gadkari and Piyush Goyal in their tweets asking them to take immediate measures resolve the issue.